A man without a head and legs was seen on Google Maps, photos are becoming fiercely viral 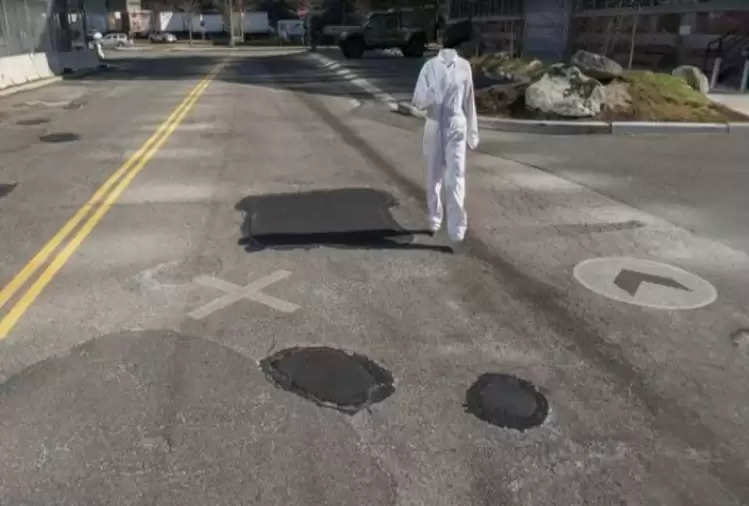 Google Maps is the easiest way to find directions to any place. Most of us use this web mapping platform regularly. This time Google Maps has caught the attention of people on social media for an unusual reason.

People on the Internet are shocked to see a horrifying picture first seen on Google Maps. This funny photo shows a man without a head and legs walking through the streets of New York City.

This photo was taken from the Brooklyn Navy Yard in New York City. As can be seen in the picture, a bodysuit is seen roaming randomly on the city streets.

People are shocked to see the pictures and are still questioning such possibility. While many people are claiming the photo to be photoshopped, others are surprised to see strange photos.

Just stumbled across this on Google Street view. No idea. pic.twitter.com/KXQXqHVfXN

Please note that this photo has not been edited. This man has been seen roaming in several neighborhoods of New York City at the same time.

Looking at the picture, one might think that a bodysuit is moving close to the green alleys.

The picture has now gone viral on social media platforms - Reddit and Twitter. Speaking about this strange picture on Reddit, a user has named this bodysuit character as the 'Covid version of the hollow man'.

You will be surprised to know that this picture was clicked in May 2021 but recently it has been discovered on social media. Are you also surprised to see this strange looking man in New York City?