Weather Update: There will be heavy rain in many states for the next 5 days, know - the latest update of the Meteorological Department 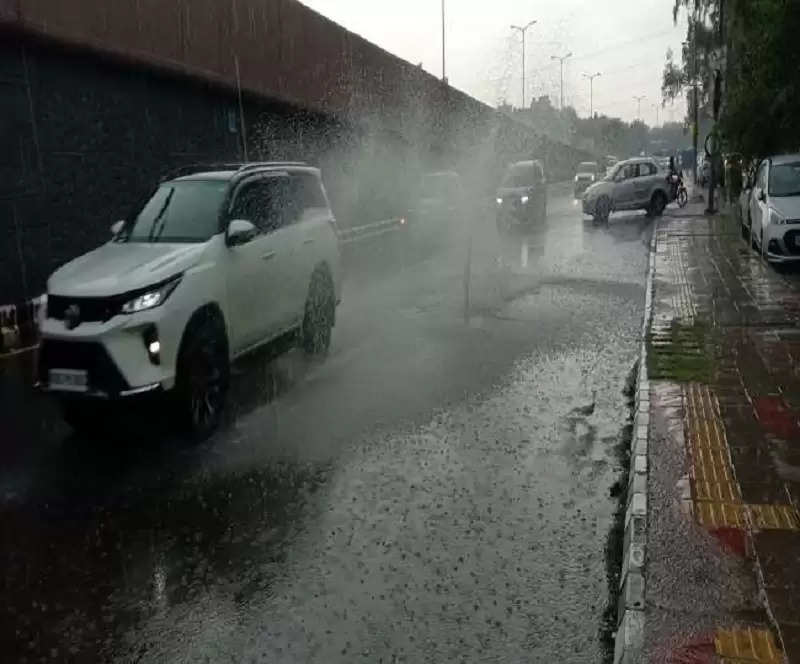 
According to the Meteorological Department, due to the formation of three weather systems simultaneously in Madhya Pradesh, the monsoon remains active, due to which the process of rain is continuing in the districts of the divisions adjoining Gujarat, Rajasthan. Here, on September 25, a new low-pressure area is going to form in the Bay of Bengal, due to which torrential rains will continue till the end of September.


Chances of rain in these areas of Delhi-NCR

The Meteorological Department tweeted that there will be moderate to heavy rains in the areas around Narela, Bawana, Alipore, Kanjhawala, Rohini, Badili, Pitampura, Mundka, Punjabi Bagh in Delhi. While Loni Dehat in NCR, Hindon AF Station, Ghaziabad, and Aurangabad in Haryana, in and around Hodal will receive light to moderate rain.

Although the Meteorological Department has forecast that there will be light rain at most places on Tuesday, while in the coming days, there may be an increase in rain. Due to which the Meteorological Department has issued a yellow alert of moderate rain. Earlier this month, Delhi recorded the highest rainfall in September in the last 19 years, senior scientist RK Jenamani said. The rainfall on September 1 is the highest rainfall recorded in Delhi in nearly two decades.

On September 21, the Meteorological Department has issued an alert of heavy rain in 13 districts of MP and drizzle in all the divisions. Heavy rain warning has been issued in Hoshangabad, Betul, Harda, Jhabua, Alirajpur, Barwani, Dhar, Bhind, Chhindwara, Seoni, Mandla, Shahdol and Umaria districts. Given the possibility of lightning and lightning, a yellow alert has been issued in Shahdol, Hoshangabad, Jabalpur, Gwalior, and Chambal divisions along with Barwani, Jhabua, Dhar, Alirajpur, Panna, Damoh. At the same time, heavy rain may occur at isolated places in the districts of Ujjain, Indore, Hoshangabad, and Jabalpur divisions.