Tata Motors sold 10,000 electric vehicles in the country, Nexon made a big contribution 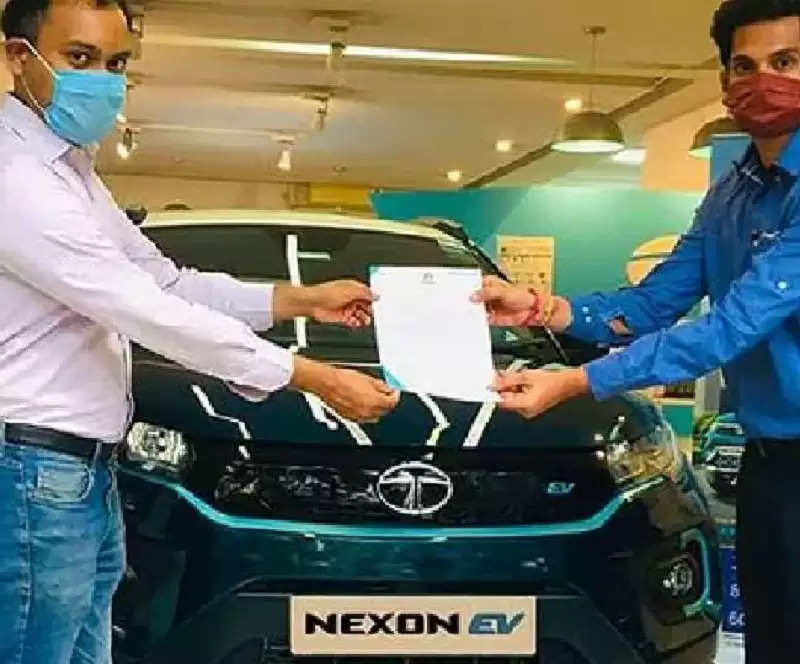 Tata Motors has announced that the company has so far sold 10,000 electric vehicles in the country. In which most customers have bought Nexon EV SUVs. Let us tell you, the company has recently launched the 2021 Tigor EV for a private customer. Tata Motors has a major share in the electric passenger vehicle segment in the country, with the Nexon EV accounting for 70%.


In August this year, the company crossed 1,000 unit volumes and reported a strong order book. On the other hand, Nexon EV was first launched in January 2020 and it gets Ziptron technology for better drive performance. While the Tigor EV was also made available for fleet operations, the 2021 Tigor EV along with the Ziptron was launched last month for private buyers.


The company's current Nexon EV in the Indian market is priced above Rs 14 lakh, and it packs a 30.2 kWh battery pack that gives it a range of 312 km on a single charge. The Nexon accelerates to 100 kmph in 9.14 seconds. On the other hand, the recently launched Tigor EV has a smaller battery of 26 kWh, which means that its stated range is slightly less than 306 km. Hence, it is also more affordable and has a starting price of 12 lakhs.

For information, let us tell you that the company will officially introduce its new Micro Punch in India on 4 October 2021. The upcoming micro-SUV was spotted at the dealer yard and the prices for the same are likely to be announced soon. The upcoming micro-SUV Tata Punch is built on ALFA-ARC (Agile Light Flexible Advanced Architecture).