Homegrown automaker Mahindra had started booking its new XUV700 in India from yesterday i.e. 7 October. After which 25 units were booked within an hour. Today once again the booking of SUVs has been opened with increased prices.

Mahindra last day started accepting pre-orders for its newly launched XUV700 mid-size SUV, which is offered in 5- and 7-seat layouts. The SUV was set at a starting price of Rs 11.99 lakh for the base model and Rs 22.89 lakh for the top-spec model. Mahindra had already confirmed that these prices would be applicable only for the first 25,000 buyers.

Let us tell you that Mahindra has officially announced that the first batch of XUV700, which is 25,000 units, has now been sold out. The special thing is that this SUV has such a tremendous craze that the first batch has been booked in just 57 minutes. After which the company stopped taking bookings for the SUV. Which will be reopened with revised prices from today. Apart from this, the company has also shared the revised price list of XUV700. 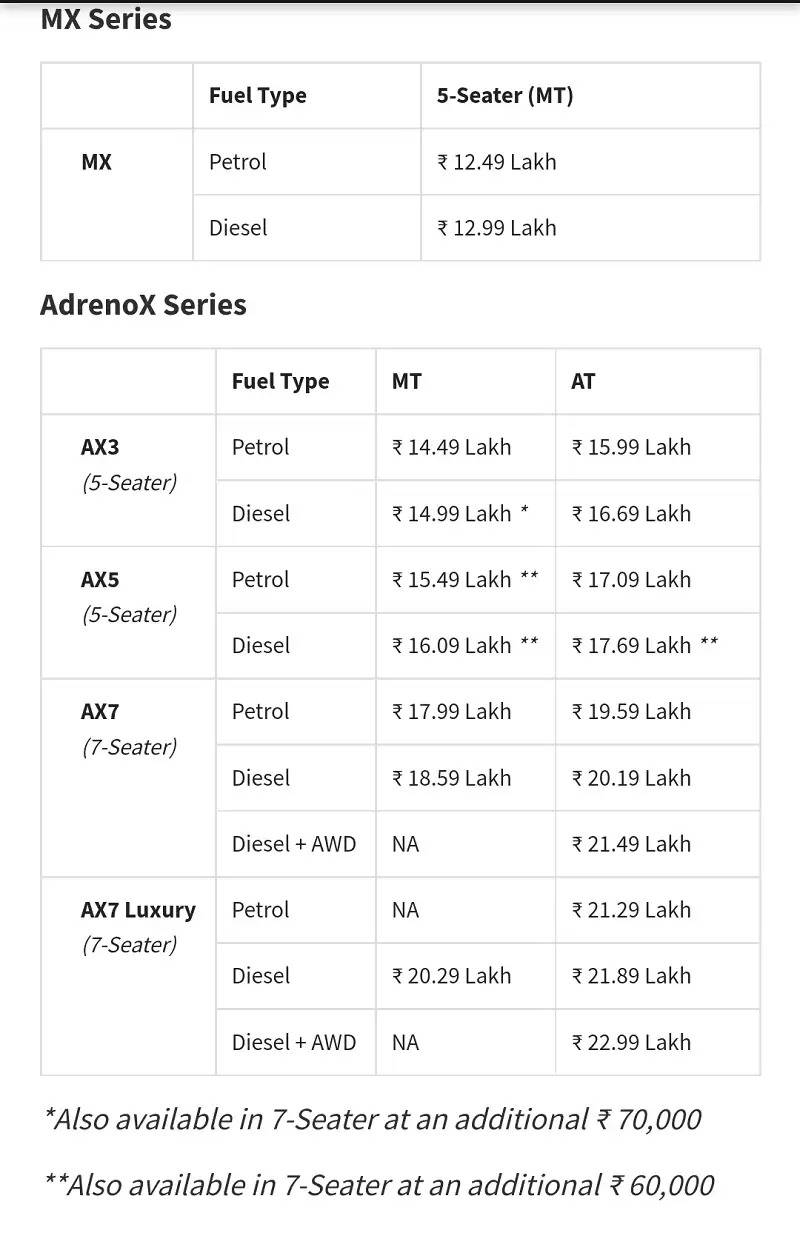 It is the first model in its segment to offer ADAS (Advanced Driver Assistance System) with features like adaptive cruise control, drowsiness detection, blind spot detection, autonomous emergency braking, and lane-keep assist. It also gets voice command compatibility and Alexa connectivity with WiFi.

The new XUV700 is offered with two engine options - a 2.0L 4-cylinder, mStallion turbocharged petrol, and a 2.2L 4-cylinder mHawk turbocharged diesel. The petrol engine is capable of producing 200bhp and 380Nm of torque. The diesel engine offers two states of tunes - 155bhp/360Nm with the MX Edition and 185bhp/420Nm (ATK and 450Nm) with the AdrenoX AX trim. Transmission options include a 6-speed manual and a 6-speed torque converter automatic. The diesel engine also offers 4 driving modes - Zip, Zap, Zoom, and Custom. These drive modes are claimed to change the performance and steering response of the SUV.