Utility News : How is CNG better than other fuels? 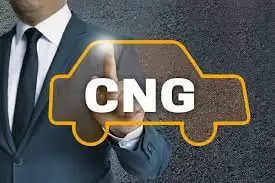 CNG is becoming increasingly popular in India. CNG is claimed to emit 80 percent less carbon monoxide than petrol or diesel

CNG emits 45 percent fewer hydrocarbons than other fossil fuels. CNG is environment friendly and much cleaner than petrol or diesel due to low carbon monoxide and hydrocarbon emissions

CNG leaves less residue in the fuel tank, which makes it better for the car. Burning CNG does not release particulate matter, as does petrol or diesel.

Due to this, there are fewer pollutants in the air and less stress on the engine. The price of CNG is very low compared to petrol or diesel across the country, making it very economical.

The ignition point of CNG is 540 °C, which is almost twice the ignition point of petrol or diesel, which makes it safe. CNG has gained popularity in India due to its advantages and affordability, which has encouraged automakers and consumers to adopt CNG. have promoted