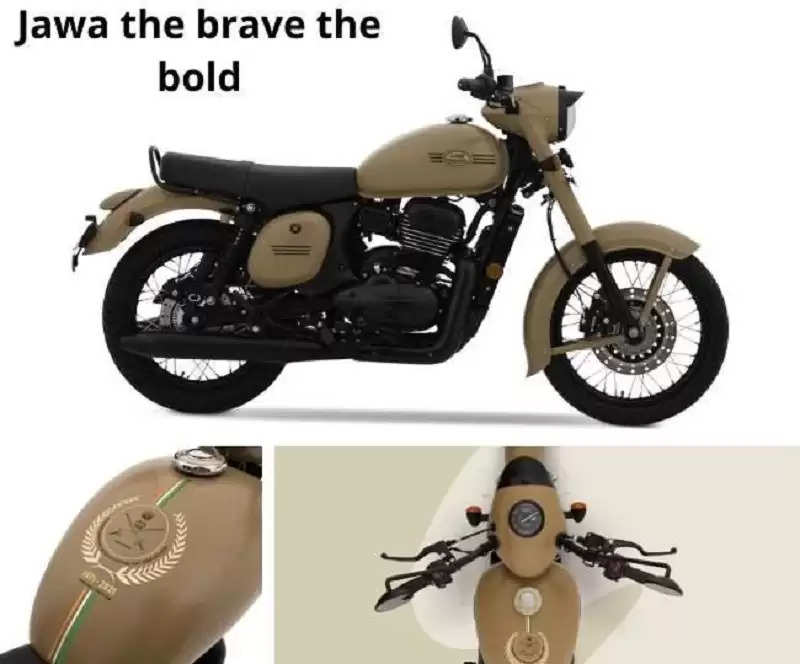 The classic khaki bike of Jawa, which competes with the bikes of Royal Enfield, is very special. The connection of this bike is with the Indo-Pak war in 1971. This bike shows the bravery of the brave soldiers of India. Let us know the price and features of this bike.

Jawa ceased production in 1996 after the market share was low. After this, in 2018, Mahindra & Mahindra's company Classic Legends made the return of Jawa, after which Jawa launched more than one best and most affordable bike on the market. Today, Jawa's bikes are present in the market to compete with Royal Enfield in the market. This company has launched a total of 4 models in India. At the same time, preparing to launch new models soon. Jawa two-wheelers available for sale in India include 4 cruiser bikes.

Its cheapest bike is Jawa Khaki, this bike is reminiscent of the Indo-Pak war in 1971, in which India won a landslide victory. Jawa Khaki is priced at Rs 1,93,357 (ex-showroom, new. This bike is powered by a 293cc engine that is capable of producing 27.33 PS of maximum power and 27.02 Nm of torque. This engine is mated to a 6-speed transmission gearbox. The weight of this bike is 172 kg. In this, you get a fuel tank of 14 liters. Talking about the wheelbase, you get to see a wheelbase of 1369 mm. Talking about its mileage, this bike gives a mileage of 31.25 Kmpl. Is.

In this bike, you have been given the insignia of the army and the symbol of victory of 1971 'Laurel Wrath', which makes this bike more special. This special insignia has been added to the top of the tank of the bike with a tricolor stripe just below the fuel cap.