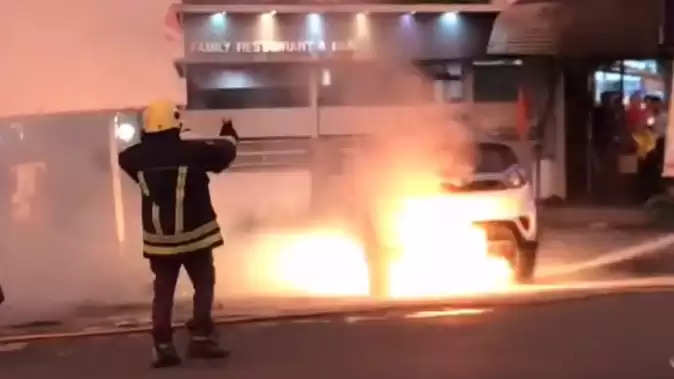 The Tata Nexon EV caught fire in Mumbai on Tuesday, sparking a renewed debate about the safety of electric vehicles sold in India.

The Tata Nexon EV caught fire in Mumbai on Tuesday, sparking a renewed debate about the safety of electric vehicles sold in India. A video of the Nexon EV fire incident was shared on social media platforms on Tuesday and has gone viral. The Tata Nexon EV, currently the best-selling electric car in the country, got damaged in a fire incident. The carmaker has stated the incident and its future course of action.

Video of the incident went viral

In the viral video, a white-colored Tata Nexon EV is seen engulfed in flames outside a restaurant in Mumbai's West Vasai area. Police and firefighters are also seen trying to douse the fire and control traffic in the area. According to the information, the fire was brought under control later. No casualties have been reported so far in the incident. At present, the cause of the fire is not known.

The fire has been doused. pic.twitter.com/TZXgOkJvSN 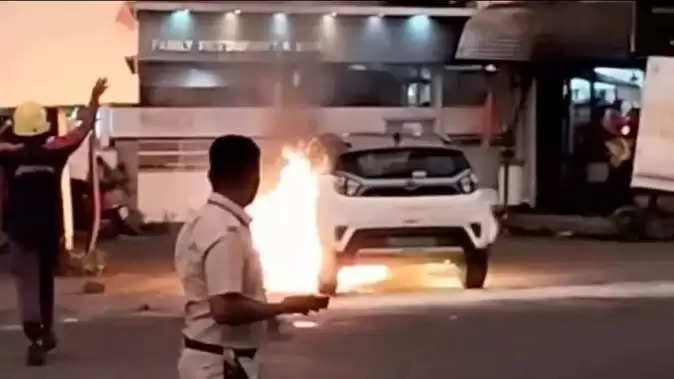 Tata Motors on Wednesday issued a statement assuring an investigation into the cause of the Nexon EV fire. The carmaker said, "A detailed investigation is being conducted to ascertain the facts of a recent fire incident, video of which is being seen on social media. We will share the detailed response after our thorough investigation." "

The person who shared the video on social media shared another video after the fire was doused.