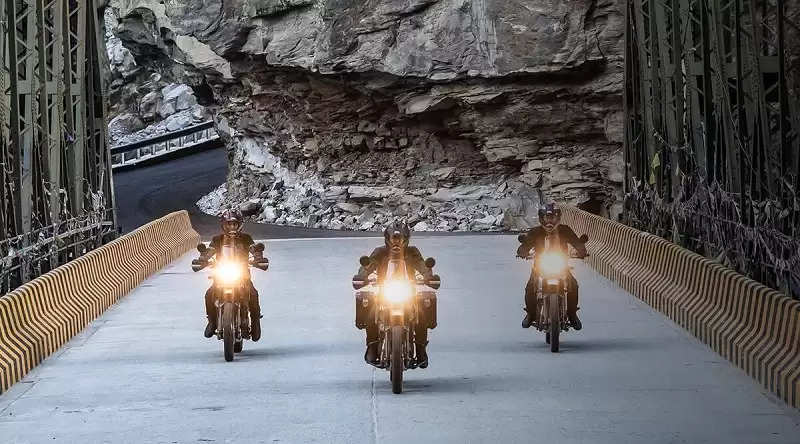 In the Upcoming Royal Enfield Bikes, know the details of those bikes which are going to be launched very soon in different segments. These bikes also have some popular models the company.

The company whose name comes first when cruiser and adventure bike are mentioned is Royal Enfield which has a stronghold in both these segments. The company is working on a plan to launch 6 new bikes to maintain its dominance. Out of these six bikes, the company has launched the first bike Royal Enfield Hunter 350 in the market.

After launching the Royal Enfield Hunter, the company is going to launch its five bikes in three engine segments 350 ccs, 450 cc, and 650 cc in a phased manner. Today we are telling the details of those five bikes which can knock on the domestic market of India very soon.

After seeing the success of its best-selling bike Classic 350, Royal Enfield is going to launch its heavy engine version which will be in the 650 cc segment. The design and features of this bike will be similar to 350 cc, except that the engine will be given 650 cc. The company can launch this bike in January 2023 with a starting price of Rs 3.10 lakh (ex-showroom, Delhi).

Royal Enfield has recently launched the Scrum 410 in the market, after which the company is working on launching its 450 cc variant. The design of this bike will also be similar to the current Scrum 410 but its features and body graphics can be updated. According to reports, the company can launch this bike in the market in February 2023 with an initial price of Rs 2.80 lakh.

Royal Enfield Himalayan is the best-selling adventure bike of its company which is liked due to its strength. This bike of the company is present in the market with a 411 cc engine. Now the company is working on the 450 cc engine version of this bike and this bike can be introduced in December 2022 with a starting price of Rs 3 lakh.

Royal Enfield has launched the Meteor 350 in the Indian market, which is gaining a lot of success due to its design. After the demand for the heavy engine in this bike, the company is going to launch it in the market with a 650 cc engine, whose design will remain the same as the existing bike. This bike can be launched in the festive season of Diwali with a starting price of Rs 3.50 lakh (ex-showroom).

The news of the launch of the Royal Enfield Shotgun 650 has been going on for a long time, due to which this bike has been spotted several times during testing. According to reports, this will be a retro design bike which the company can launch on the market on Diwali. The starting price of this bike is expected to be Rs 3.20 lakh (ex-showroom).