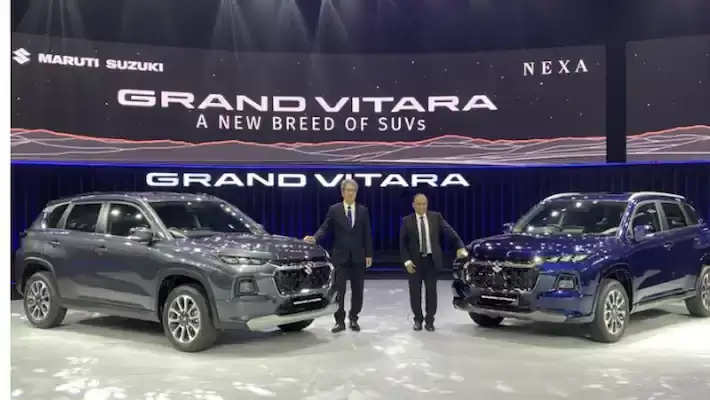 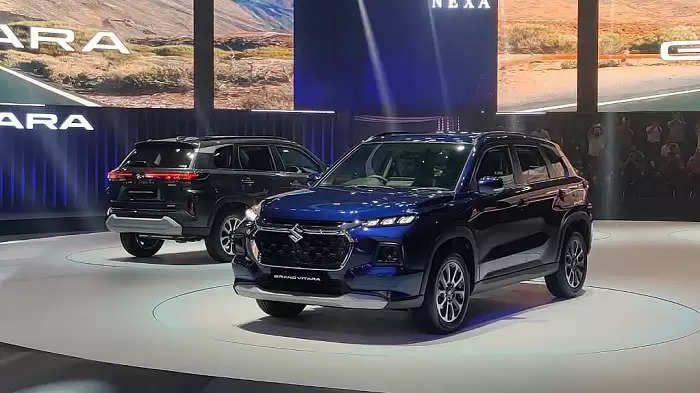 New Maruti Suzuki Grand Vitara: Interior
Up-front, there is a split headlamp design. There are projector headlamps with LED daytime running lamps. At the rear, there are sleek LED tail lamps. Maruti Suzuki will offer the Grand Vitara in 6 monotone colors and 3 dual-tone colors. The interiors of the SUV have been made in a dual-tone theme of black and brown. The seats are finished in faux black leather with champagne gold accents in the Strong Hybrid variant, while the Smart Hybrid variant will get a silver accent. 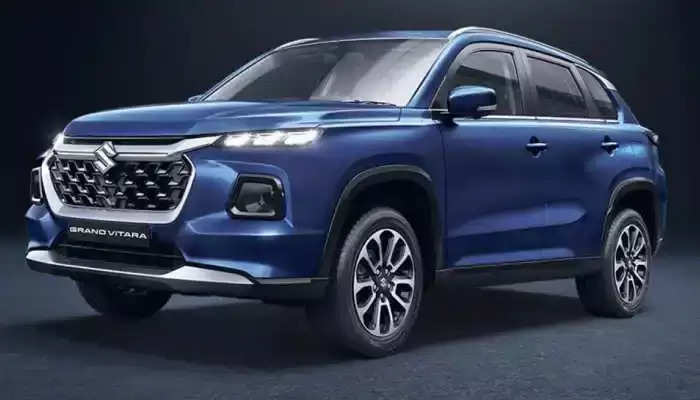 Maruti Suzuki Grand Vitara SUV: Engine and Transmission
Maruti Suzuki Grand Vitara will be available with two engine options. One is Toyota's 1.5-litre TNGA Atkinson cycle engine that produces 92hp and 122Nm of torque. The engine is mated to an electric motor that makes 79hp and 141Nm of torque. The powertrain is mated to the company's e-drive transmission. The car will also be available with Maruti Suzuki's 1.5-litre K15C mild-hybrid engine that can be seen in the new Brezza, XL6, and Ertiga. It produces 103hp and 137Nm of torque. The engine will be mated to either a 5-speed manual or an optional 6-speed torque converter automatic gearbox.