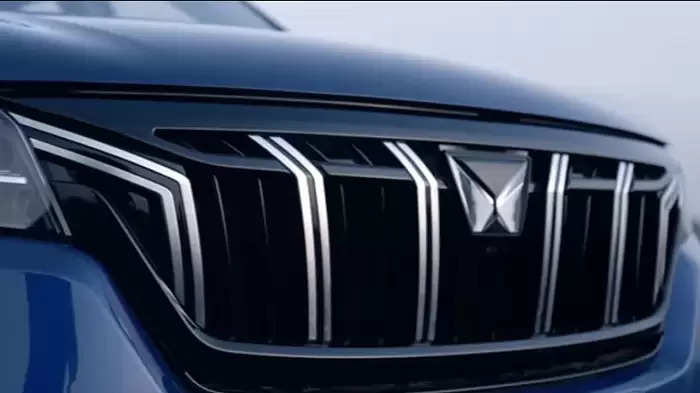 Scorpio New Model 2022: Mahindra is all set to launch the next-gen model of one of its most popular SUVs, the Scorpio. The company has given many latest features and updates in the new Scorpio. The new model of Scorpio can knock in June this year.

One of the best-selling cars of Mahindra company Scorpio (Scorpio) is ready to be launched in the new-gen avatar. According to reports, the new model of Scorpio can knock in June with changed styling, advanced features, a new logo, and a cool cabin. Scorpio is popular for its dominating nature. The company has introduced a new model (Scorpio New ModelWhile making this, full care has been taken of this thing. The Mahindra team will introduce the new Scorpio with an even more aggressive front, which will include a prominent multi-slotted grille in chrome finish. However, Mahindra (Mahindra) has not confirmed this.

According to reports, you will get to see updated bumper-mounted C-shaped LED DRLs in the new model of Scorpio. At the same time, the latest model of Scorpio will knock with the new Mahindra logo, which was first used on the XUV700. Apart from this, the headlamps and bumper have also been updated and the air dam has been widened. A large skid plate has been added to further enhance the SUV’s rough profile. Users can get multi-spoke alloy wheels in Mahindra’s latest SUV. It may come with a 2.0-liter turbo petrol motor and a 2.2-liter diesel unit. Its power and torque output can be the same as that of Thar.

Users will get a large touchscreen infotainment system in the SUV, which will be surrounded by vertically mounted AC vents. The controls of the new Scorpio will be a mix of soft-touch buttons and rotary dial, which complement the overall cabin. Apart from this, wireless Android Auto, Apple CarPlay, and Alexa will be supported in the latest Scorpio. The new Scorpio will get a semi-digital instrument panel, with a multi-info display at the center. This digital display will show various types of information like tire pressure and direction, door open or closed, seat belt reminder, temperature, range, trip meter, and average speed.

Scorpio is known as the ‘Big Daddy of SUVs’. Therefore, the range of the latest features will be seen in the interior of the new Scorpio. The dashboard has been completely revamped, showing a new dual-tone theme. Apart from this, the upholstery is also in dual-tone color. The new Scorpio will also get an electric sunroof, a new gear lever, and steering mounted controls. In terms of safety, the new model will have features like cruise control, front parking sensors, electronic stability control, and a 360° camera.