The 2022 Honda City e:HEV (2022 Honda City e:HEV) is India's first strong hybrid electric car in the sedan mainstream segment. According to the report, Honda Cars India is preparing to launch Honda City Hybrid on May 4, 2022. Its official booking has already started in the country. Interestingly, Honda has already received a significant number of orders for its hybrid sedan. Due to which the waiting period of this car has increased to 6 months. The new Honda City Hybrid car will be made available only in the top-end ZX trim which will be powered by a 1.5L, 4-cylinder petrol Atkinson cycle engine and two electric motors. 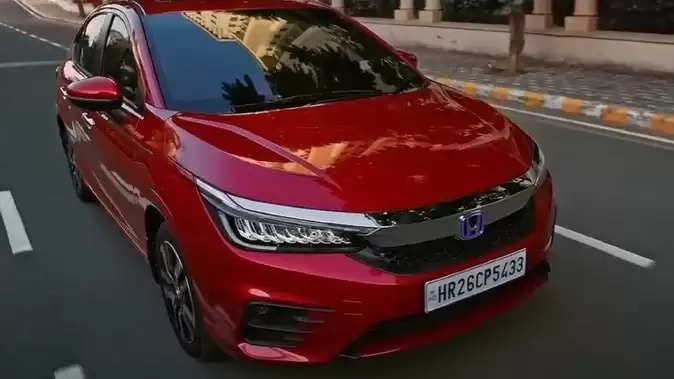 Will run on both electricity and petrol
The new Honda e:HEV (Honda e:HEV) is the first product in the mid-size sedan segment to get a true hybrid engine. The car is capable of running on pure electric mode, and can also be driven with an internal combustion engine (ICE).

Production has started
The Japanese carmaker recently introduced the new Pure Hybrid City sedan. The Honda City Hybrid has now become the most fuel efficient mid-size sedan in the country, giving a mileage of 26.5 kmpl in a liter of petrol. The company has started its production at the company's Tapukara plant in Rajasthan. The automaker recently rolled out the first unit of the hybrid sedan.

Booking like this
Honda has already started taking bookings for the City hybrid sedan. Buyers can pre-book the new Honda City Hybrid at all authorized Honda dealerships across the country by paying an initial amount of Rs 21,000. It can also be booked online through the 'Honda from Home' platform on the company's official website for an amount of Rs 5,000. The company is also offering a standard warranty of 3 years unlimited kilometers and an optional extended warranty of up to 5 years and a warranty of up to 10 years from the date of purchase of the car. 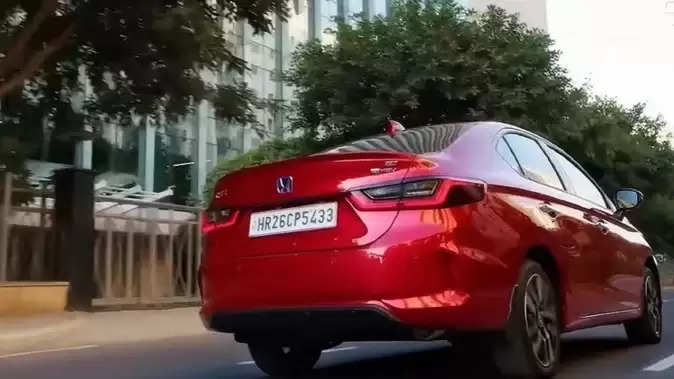 Engine Power, Mileage and Speed
Coming to the hybrid power train, the City E: HEV is powered by a 1.5-litre Atkinson cycle petrol engine that produces 126 PS of power and 253 Nm of torque combined. The engine works as a generator to charge the battery. While it can also run on Pure EV Mode or ICE Mode, which the computer switches on automatically. New City E: HEV gives mileage of 26.5 kmpl. Also the top speed of the car is 176 kmph.