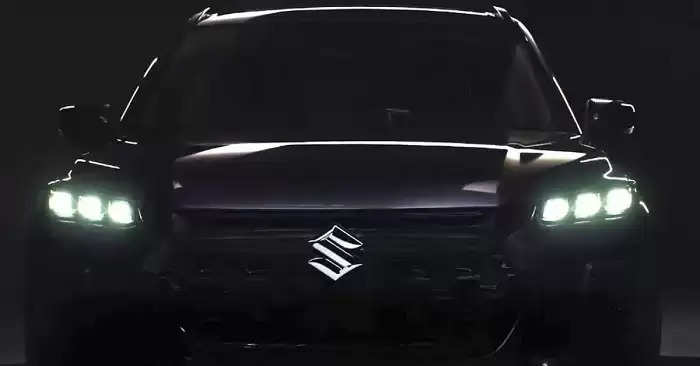 Maruti Suzuki Grand Vitara Teaser: Maruti has released a series of teasers ahead of the launch of its new Grand Vitara. The company has already started bookings for the Grand Vitara that will be launched on July 20, 2022. The sister model of the Toyota Urban Cruiser Hyryder, the new Grand Vitara will also be available in mild hybrid petrol and hybrid powertrains. Also, all-wheel drive is also expected to be available. Though both the Toyota Hyryder and Grand Vitara models are based on the same platform, Maruti has made some changes to the front and tail to differentiate the two cars.

Design of Grand Vitara
It is seen from the teaser released by the company that the split headlamp design has been retained in this too. Whereas the bumper, grille, and DRL cluster have been kept separate from the Toyota Hyryder in the Grand Vitara. It gets a new three-dot pattern LED DRL design, which we first saw in the second-gen Baleno hatchback. The SUV gets a small band of chrome and dark plastic between the high-set DRLs. At the rear, the Grand Vitara gets a different tail-lamp design, with the light-bar extensions leading to the Suzuki logo and three separate lights on either side.

A luxury cabin will be available in Grand Vitara
No information is available in the teaser regarding the cabin design. However, it is expected that it will not be much different from the cabin found in the Hyder. The Grand Vitara can also get a free-standing 9.0-inch central touchscreen with Maruti's SmartPlay Pro+ along with fabric or leather inserts on the dashboard and doors for a premium feel. Maruti can start giving panoramic sunroofs to any of its vehicles in India with this SUV. 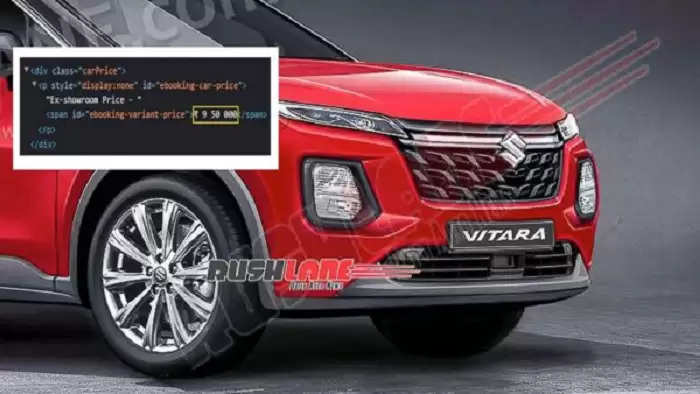 These will be the engine options
The Maruti Grand Vitara will be available with both standard petrol and hybrid engine options. Right now, both the standard petrol SUV and the Intelligent Electric Hybrid can be booked in options. The standard SUV will get a 100 bhp 1.5-litre K-Series mild-hybrid petrol engine, while the Intelligent Electric Hybrid will get a 1.5-liter engine with an electric motor and battery pack, which generates power of 113 bhp. The new Grand Vitara will compete with the Hyundai Creta, Kia Seltos, Skoda Kushak and VW Tigun.