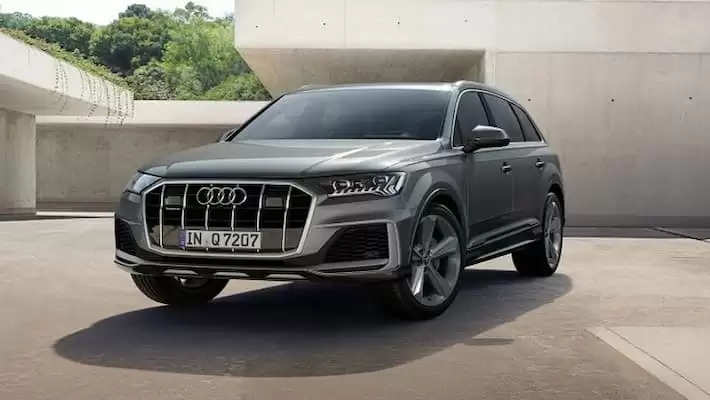 Keeping in view the upcoming festival season, German carmaker Audi has launched the Audi Q7 Limited Edition SUV in India. Its price is Rs 88.08 lakh (ex-showroom). The limited edition of the Audi Q7 is special in itself. The company will sell only 50 cars of this limited edition in India. Many cosmetic updates have been made in this new edition to attract the customers. Although mechanically this SUV is similar to its regular model. The Audi Q7 has a bold look. It looks like a very strong car. The brown paint scheme makes it different from other cars. Taking forward the octagonal outline, the grille design has been slightly modified. The SUV has a panoramic sunroof. It has 19 inch wheels. The alloy wheels with 5 spoke and star style design give it a big SUV look.

The third line gets folded as soon as the button is pressed
A lot of work has also been done on the interiors of the Audi Q7 Limited Edition. It has a digital instrument cluster. The center console houses two large touchscreens. A touchscreen is located above the infotainment system and a climate control unit is located below. The lights inside the car can be set to 30 different tones. This car has seating for seven people. The third row seat folds up at the press of a button.

The back gate opens with a foot gesture
Special care has also been taken to entertain the customer who spent Rs 88.08 lakh. For this, a premium 3D sound system has been installed in the car. Along with this, the option of subwoofer and an amplifier is also given. The car seat cover is of leather. The rear door opens with a foot gesture so that there is no problem with the luggage in both the hands. Four zone climate control has been given in the car.

Tight security arrangements
Cruise control with speed limit has been given in the Q7 car. Eight airbags have been provided in the car to save the lives of the occupants of the car at the time of the accident. The car has a 360-degree parking camera. Along with this, Lane Departure Warning feature is also available. 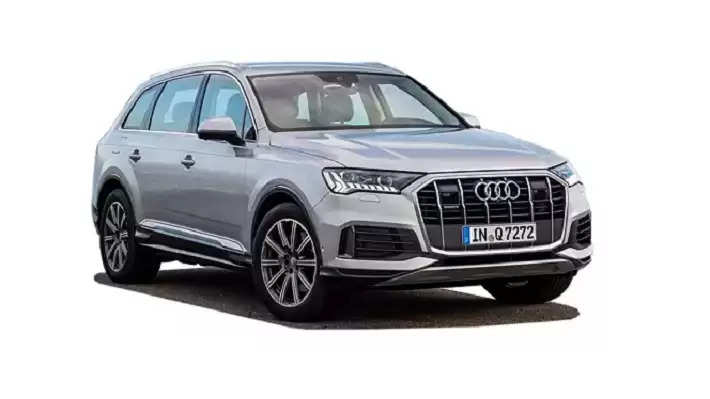 Top speed is 250 km/h
The Audi Q7 gets its power from a 3.0-litre V6 TFSI. This engine produces a power of 340 horsepower. The maximum speed of this car is 250 kilometers per hour. It can accelerate to 100 kilometers per hour in 5.6 seconds. A 48-volt hybrid system and quattro all-wheel drive have also been added to the engine.