Ravi Shastri has said, "The team players are very familiar with the upcoming elections. At present, the Indian team is at number four in the ICC T20 rankings because the Indian team has not played much T20 for a long time. The work of the Indian team is going on inside and much improvement is yet to be done. 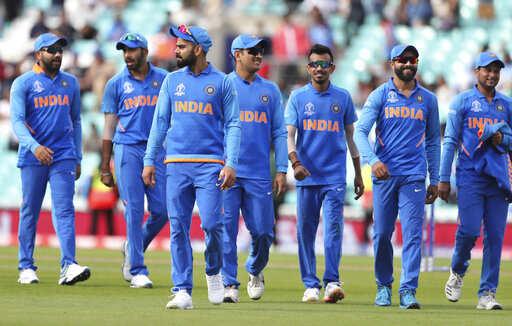 According to the Times of India report, there is a shortage of young T20 players in the Indian team at this time. At the moment, out of the Indian team, only 5 to 6 players fit in the T20 format. Now keeping this in view, Ravi Shastri is preparing the Indian team. The players who fit in this format are Virat Kohli, Rohit Sharma, Rishabh Pant, KL Rahul, Jasprit Bumrah. These are 5 players who will take part in the upcoming T20 World Cup. New players will be tried continuously in the rest of the team.

The wife of Shami trolled due to this photo! Click here to see it

Pradeep of Bihar is the topper of civil services 2019, came 93rd rank a year ago

Permission to open these shops and businesses in Mumbai from August 5! Click here to know immediately

'COVID curry' and 'mask naan' in the Corona era! A special dish brought by the restaurant

Heavy rains will occur in these districts of Rajasthan! Yellow alert issued

The stone which will be used to build the Ram temple in Ayodhya is special!

These mistakes made inadvertently can make you poor! Click here to know

These plants bring happiness, peace, and prosperity at home! Must be planted in the house