In the match against the West Indies, Virat Kohli, Rohit Sharma, and KL Rahul made big records. India won this match by 67 runs.

New Delhi: Team India appeared in color at the Wankhede Stadium in Mumbai on Wednesday. Batting first, batting 240 against the West Indies. Team India won this match by a huge margin of 67 runs. Many important records were also held in the third and last match of the T20 series. In this match, Virat Kohli, Rohit Sharma, and KL Rahul also made big records. Let's know about the five big records made in the match.

Virat Kohli played a stormy inning of 70 runs in the third T20. He completed his half-century off just 21 balls. This Fifty is the fastest in Kohli's T20 career. It is also the fifth-fastest FIFT by an Indian batsman. 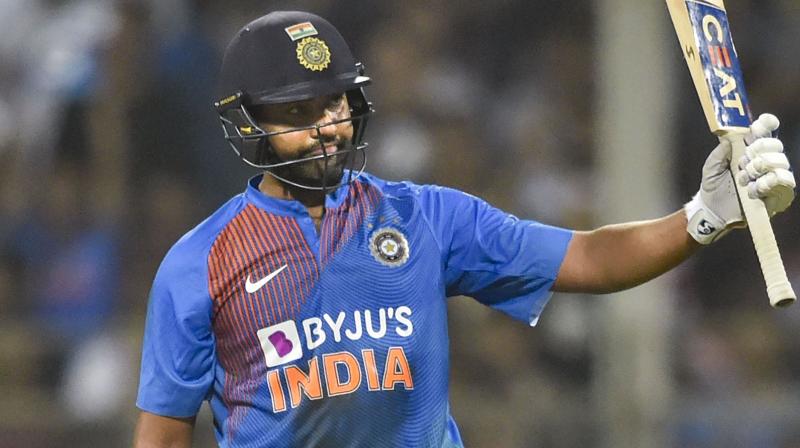 In this match, Rohit Sharma also showed the feat of hitting 400 sixes in international cricket. He has hit 404 sixes in all three formats so far. Chris Gayle is ahead of Rohit with 534 sixes and Shahid Afridi with 476 sixes.

Rahul (91), Rohit (71) and Kohli (70) set a special record in the match. All three players scored 70 or more runs in a single inning, which has become a record in itself. This had never happened in any T20 before.

Team India scored 240 runs in the match last night. This is the highest score in any T20 match held at the Wankhede ground. Earlier, in Wankhede, England scored 230 runs against South Africa in the 2016 T20 World Cup. IPL will start in this country from 19 September! The final match will be played on 8 November

Shoaib made a big claim! A County agreement was rejected for taking part in Kargil war

Fashion Tips: If you are not able to go to the beauty parlour, the remove facial hair by this DIY mask at home