The year 2019 is a few steps away from its last stop…. Look at the memorable events of this year and the clicks of the cameras that sometimes tickled our hearts, sometimes we were angry and sometimes tears in our eyes. Hong Kong Protest, anti-government voices in Chile and Iraq, Hurricane Dorian and much more ... this picture-filled story. 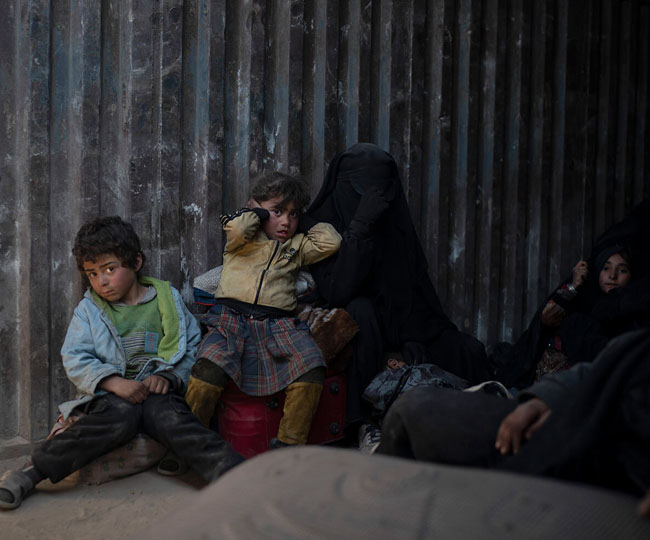 In February of the year, hundreds of people were evacuated from the Islamic State's last terrorist-held territory in Baghouse, Syria. Women and children in the picture sitting in the truck. 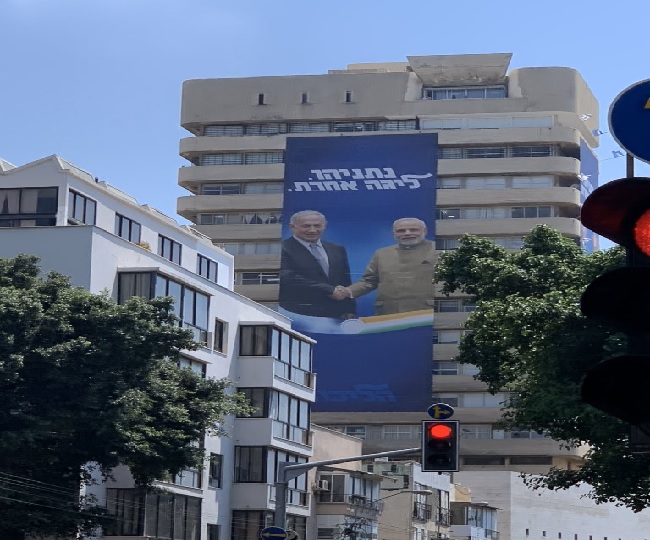 Prime Minister of India Narendra Modi emerged as a poster boy in the Israeli elections on 29 July 2019. Israeli Prime Minister Benjamin Netanyahu used a poster in the election campaign wherein he is seen shaking hands with Prime Minister Modi. 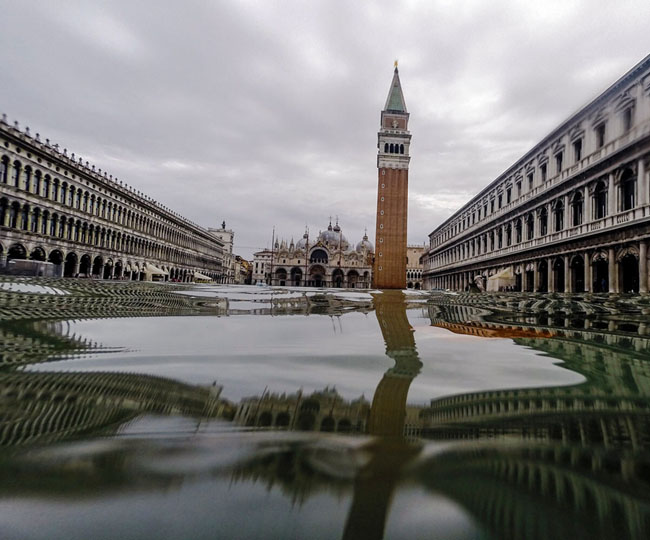 After more than 50 years, Italy's beautiful city was restored. Venice immersed in floodwaters. A view of Saint Mark's Square 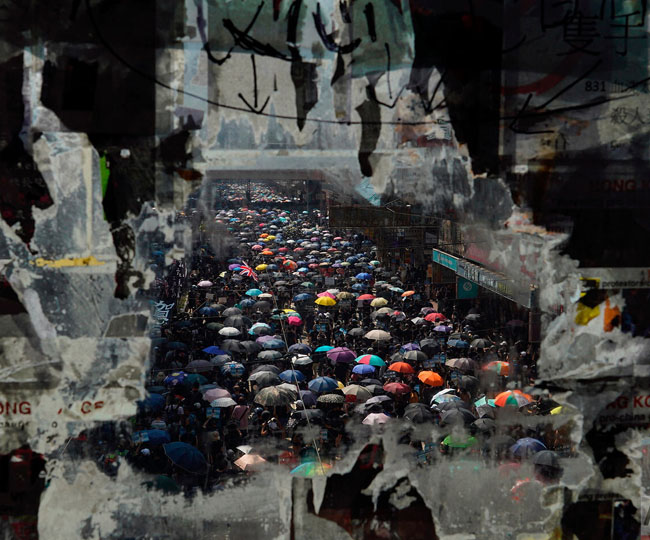 Demonstrations against Chinese policies continue in Hong Kong. People on the road are calling the Extradition Act, a law supporting Chinese policies, a threat to democracy. 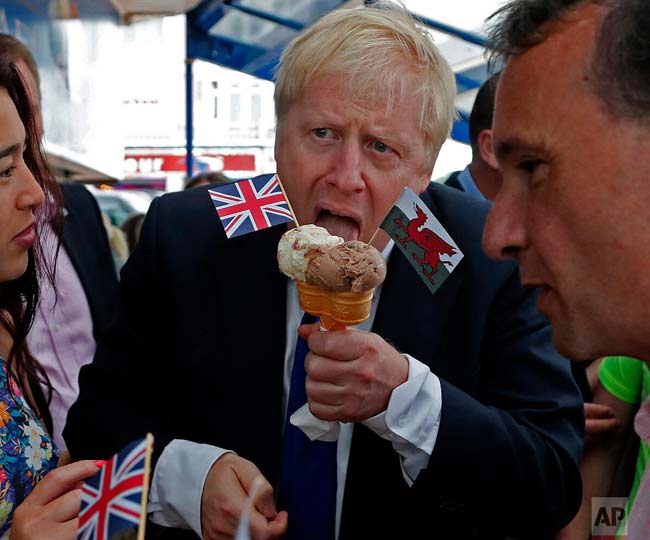 Boris enjoys ice cream in July. Boris Johnson was elected as the new PM after Theresa May resigned as Prime Minister in the United Kingdom. Now the election for the post of Prime Minister is to be held here on 12 December. 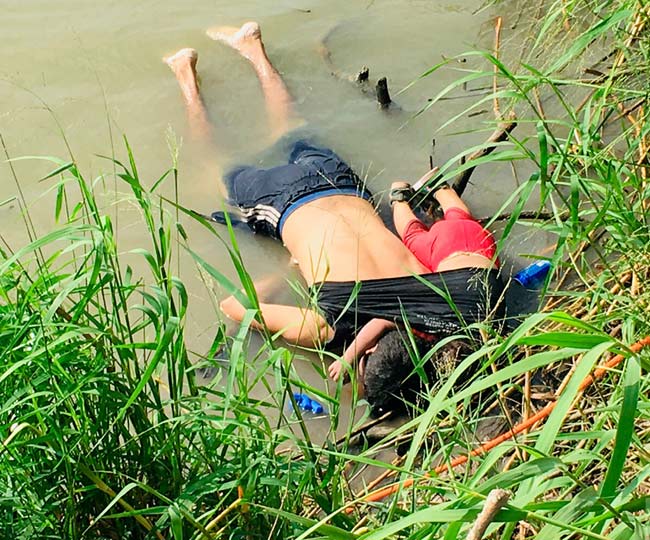 The heart-wrenching picture is of 25-year-old Oscar Martinez Ramirez and his two-year-old daughter who were trying to enter the US from the Rio Grenade River from Mexico, risking their lives, but slipped and fell and died Has gone. 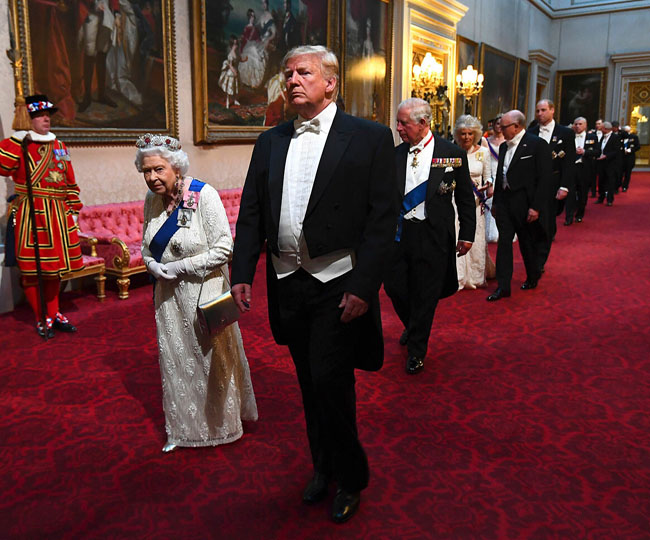 US President Donald Trump and Melania Trump visited the UK in June. During that time, Trump had touched Queen Elizabeth and got into controversies. 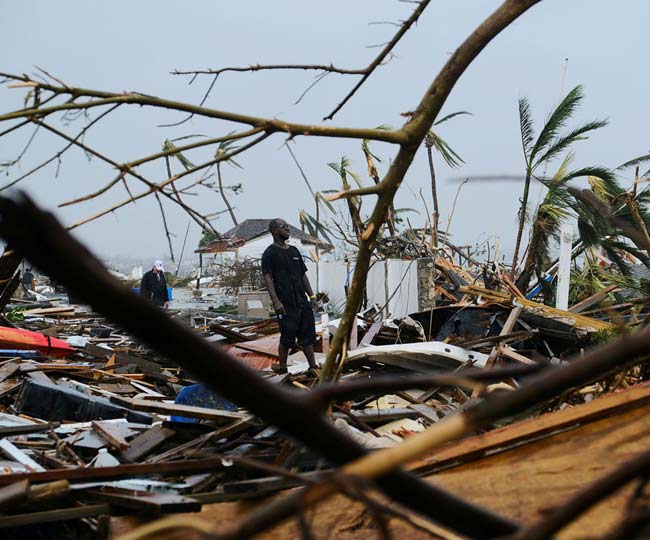 Hurricane Dorian wreaked havoc in the Bahamas. The man who stared after the devastation in September after the storm. 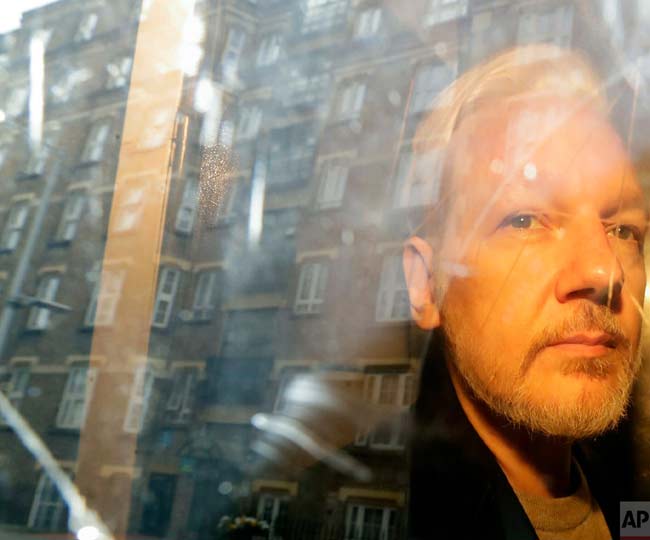 WikiLeaks founder Julian Assange coming out of the court in the car in May. Assange is accused of raping a Swedish woman in the year 2010. 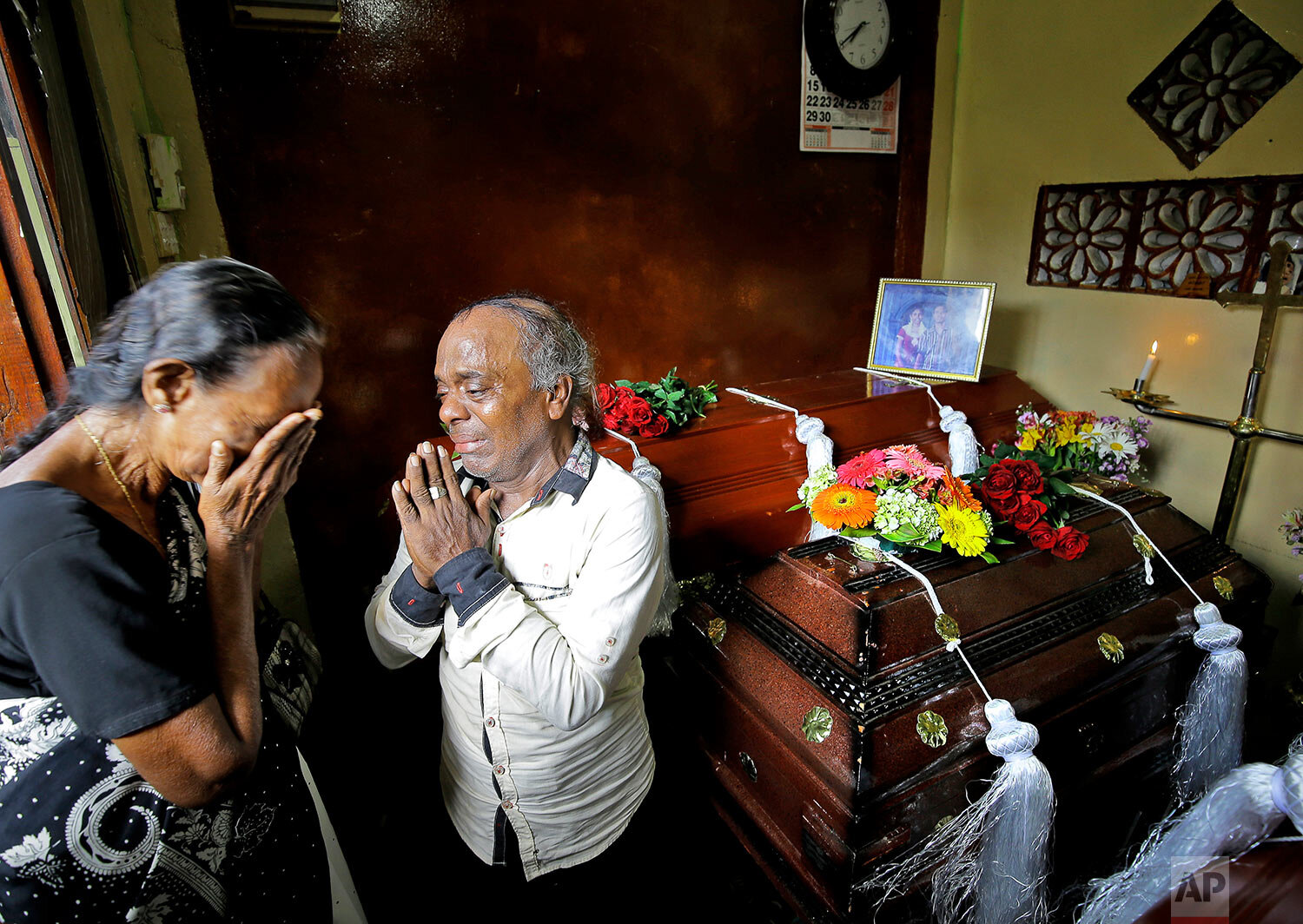 In Sri Lanka's capital Colombo, there were explosions in several places on Easter day on Sunday in April, in which foreign nationals were among those who died. See in the picture, three members of the same family had fallen victim to this attack. 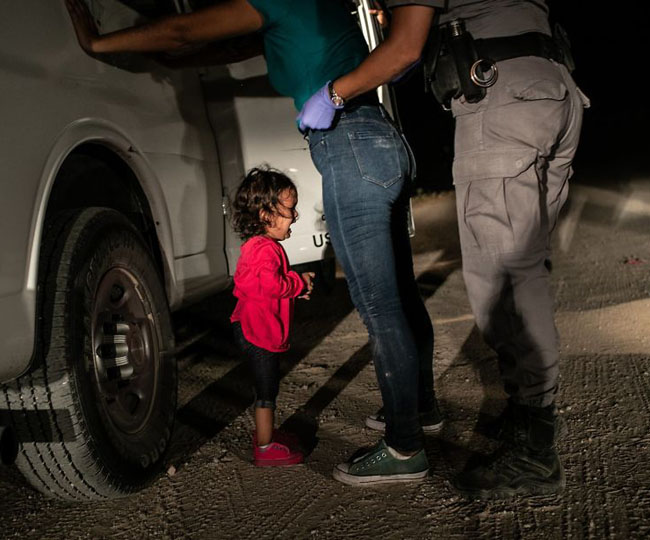 The US authorities arrested the refugees who arrived from Mexico via Rio grenades. Sandra Sanchez told that it took her a month to come here from Mexico and Central America with her daughter. Explain that the Trump administration had announced zero tolerance for refugees at the border. The refugees from there were then separated from their children. After this, this picture became viral all over the world when the child, Yanela, is separated from her mother. 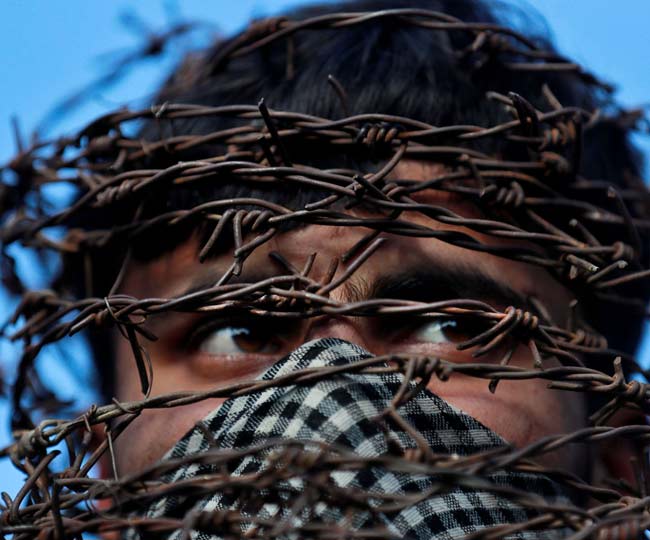 After the removal of Article 370 from Jammu and Kashmir, which is known as the Paradise of India and made it a Union Territory, there was a lot of upheavals. A masked demonstrator. 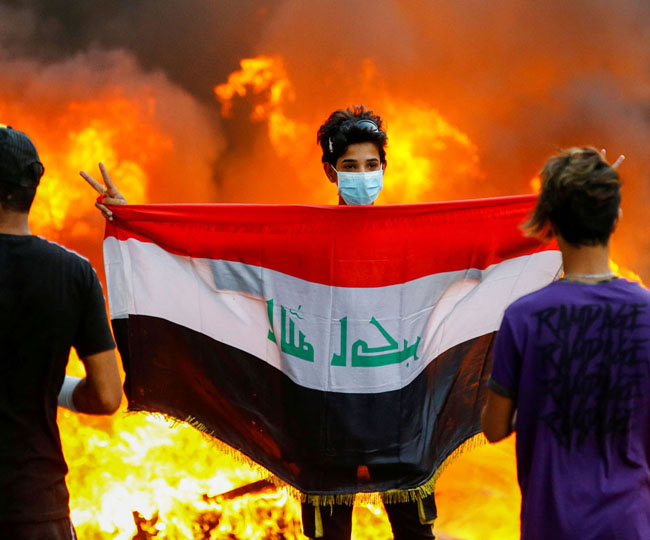 A protestor carrying the Iraqi flag during an anti-government demonstration in November. Demonstrations have continued in Iraq for the past month over unemployment, corruption, and lack of basic amenities like electricity and water. They allege that the situation has been the same since the fall of President Saddam Hussein in the year 2003. Therefore, there is a demand to sack the current government. 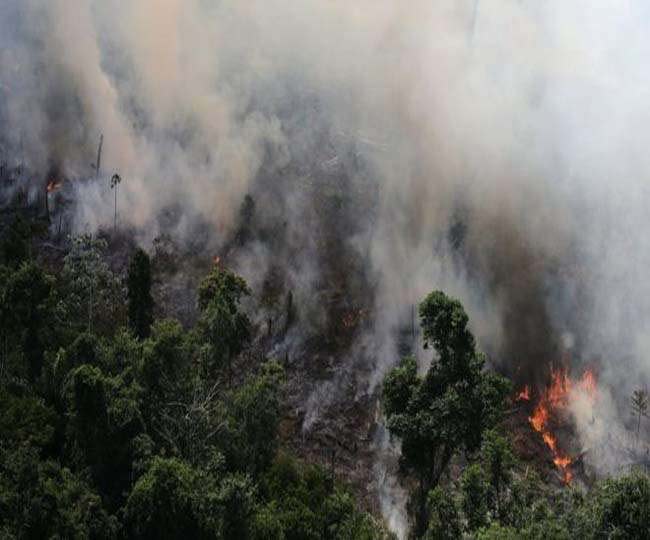 Fire in the Amazon jungles According to the National Institute for Space Research, there were 73,000 fire incidents in the last 8 months in Amazon. The Brazilian government announced an emergency in August itself.

Unicef report reveals big, lead poison dissolving in the blood of 80 crore children of the world

Pakistan once again did evil acts! Click here to know the whole matter