A video of the operation of US commandos has surfaced four days after Abu Bakr al-Baghdadi, the ISIS leader in the world's biggest terrorist. The US has released a video of a part of the operation by American soldiers in Syria to kill IS terrorist leader Baghdadi. 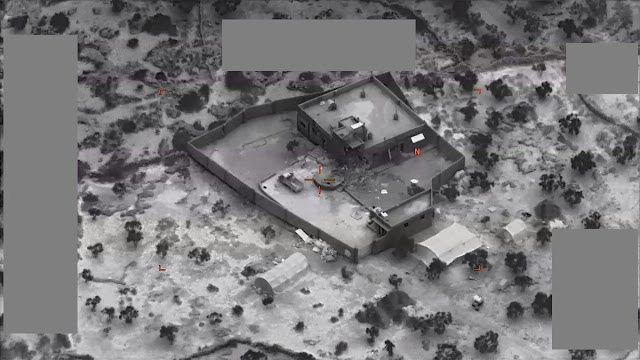 In the video, American troops are seen moving towards Baghdadi's hideout in Idlib, Syria. The video also captures firing by Baghdadi operatives on American military aircraft. Let us tell you that Baghdadi was killed in the operation of American commandos on Sunday, four days ago. After being surrounded by American commandos, Baghdadi along with his sons blew themselves with explosives.

"...at the compound, fighters from two locations in the vicinity of the compound began firing on U.S. aircraft participating in the assault."
- Gen Frank McKenzie CDR USCENTCOM pic.twitter.com/SkrtHNDs7w— U.S. Central Command (@CENTCOM) October 30, 2019

Bullets are seen in the video. According to the US military, Baghdadi fighters targeted the US military aircraft while firing near the hideout of Baghdadi in the Idlib area of ​​Syria. In the second part of the video, the US Assault Force commands are moving towards the compound in which Baghdadi was hidden.

Baghdadi blew himself up with explosives after being surrounded by American forces. US President Donald Trump said that Baghdadi dogs have died. At the same time, US officials said that Baghdadi's body was thrown into the sea according to international rules.