Inflation in the neighbouring country of Pakistan has made the lives of common people difficult. However, it does not make any difference to the ministers of Imran Khan government. According to him, the prices of all kinds of food items are under control and the media is misleading the people by showing excessive prices.

Abdul Hafiz Sheikh, the financial advisor to the Imran government, told reporters on Monday that the price of tomatoes in Karachi Mandis is Rs 17 a kg. However, when journalists said that tomatoes were being sold in Mandis at Rs 240 per kg, they said that the public is lying.

According to the report of Geo News, a journalist asked Dr Sheikh, which tomato is being available in the vegetable market at the rate of 17 rupees per kg, then Sheikh said that you should go and find out for yourself. A journalist told Sheikh that he himself bought tomatoes at the rate of Rs 300 per kg. After this, the minister's statement went viral on social media. Tomato prices reached Rs 320 a kg in Karachi city this weekend. Due to the rise in wholesale prices, retail shopkeepers are selling it at such a high price. In October, the price of tomatoes was being sold from 100 to 120 rupees.

Housewife Kulsum Bibi said that due to rising tomato prices, she is trying yoghurt as an alternative. At the same time, another housewife Farhat Noreen said that she has had to go through this problem many times and now she has devised an idea that when the price is low, take more quantity of tomatoes and freeze it. 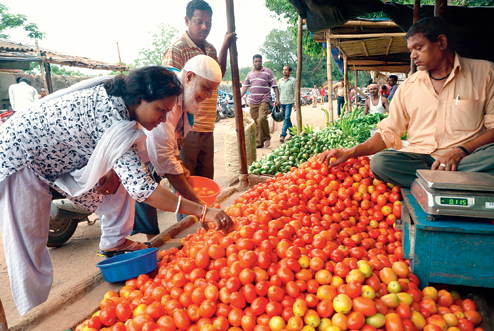 However, she says that the frozen stuff does not get the taste that is in fresh. The official price of tomatoes in Pakistan is 85 rupees. But the governments of Sindh and Pakistan have failed to rein in the price.

The number of corona-infects exceeded so many in America! Click here to know

America will take back visa from online class students, two lakh Indians will be affected