Tomato prices have increased in Pakistan. According to the news, tomato rates in Pakistan have increased to Rs 300 per kg these days and the common man is living without tomatoes. After tomatoes are so expensive, a bride from Lahore has drawn attention by wearing tomato ornaments in exchange for gold and silver gems at her wedding. The video that the bride has made by wearing tomato necklaces, tomato earrings and bracelets is going viral on social media in a tremendous way and users are fiercely rocking Pakistan's inflation. 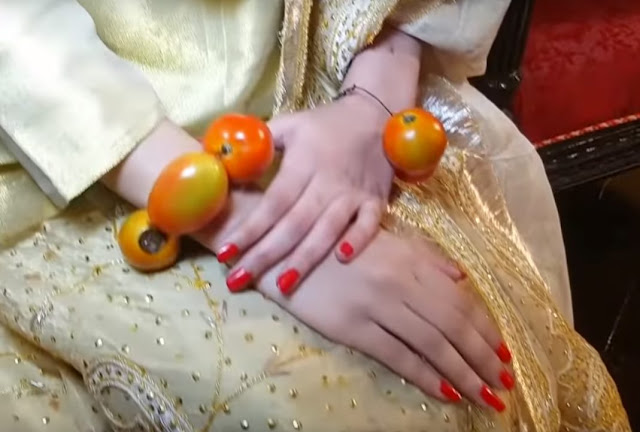 Nayla Inayat is a resident of Lahore. Nayala has described herself as a journalist and South Asia correspondent on her Twitter account. Nayala wore tomato jewelry and made a video of herself at her wedding. In the video, you can see how a reporter is questioning Nayla on tomato ornaments. Nayla is telling that her family has sent three boxes of tomatoes instead of gold and silver in dowry. Tomatoes have become so expensive in Pakistan that now tomatoes are being given in place of dowry at weddings and brides are wearing tomatoes instead of gold so that the eyes of the beholder can be dazzled. 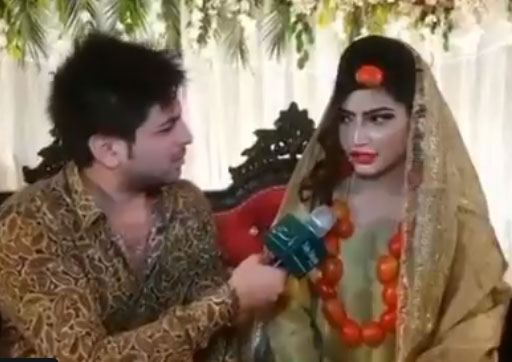 Not only this, Nayala told this reporter that tomato, as well as chilagoge rates in Pakistan, have increased significantly and hence her family members living abroad have sent chilgozes in the name of Shagun. However, the way the video has been made, it is clear that it has been created as a satire on the government and that is why it has become increasingly viral. Users are taking a dig at the rising inflation in Pakistan. 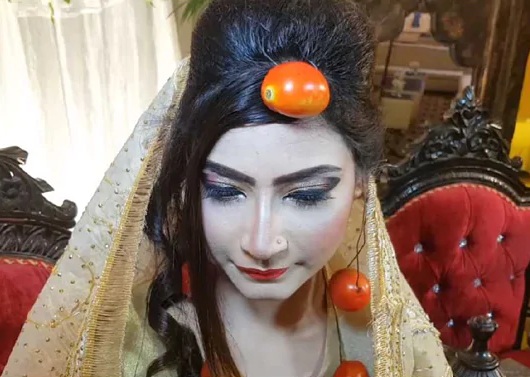 Nayala continues to sarcasm and satirize the power of Pakistan on her Twitter account earlier. In the case of rising inflation or tax evasion, Nayala has been dragging the rulers in a new way.

OMG! PM Imran Khan is the father of so many children! Click here and know

US pays tribute to the martyred soldiers, Foreign Minister Pompeo said : we are with the people of India

People who have these lines on their wrist, Maa Laxmi blessings shower upon them