Pakistan did not get UN support on Kashmir matter

Pakistan sought support from the United Nations on the Kashmir issue. But nothing was achieved. Big countries like America, Britain, Russia also did not support Pakistan. Due to which, Pakistan has taken several steps continuously. He also broke diplomatic and trade relations with India. Recently Pakistan Army Chief Qamar Javed Bajwa said that Pakistan will never leave Kashmir alone, Pakistan is incomplete without Kashmir. After which, now Imran Khan has also played a big bet. 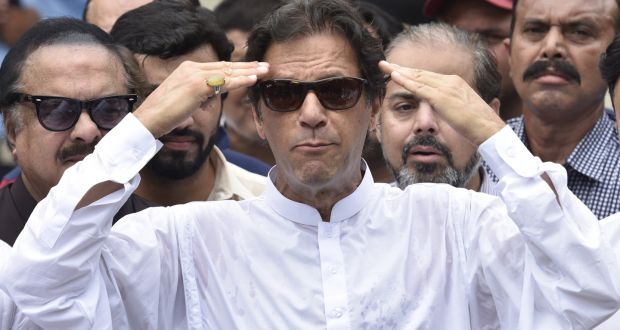 Now Pakistan Prime Minister Imran Khan has played a big bet, announcing that he will hold a big rally in Muzaffarabad of POK on 13 September. He said, "Its purpose is to send a message about the continuous siege by the Indian security forces in Kashmir. Also to show the Kashmiris that Pakistan stands fully with them."

Now the number of corona infected people has reached around two lakhs in this country too!