There was a telephone conversation between US President Donald Trump and PM Narendra Modi for about half an hour. In this conversation, the heads of the two countries discussed bilateral and regional issues. After the removal of Article 370 from Jammu and Kashmir, the separate meaning of this conversation is being extracted. 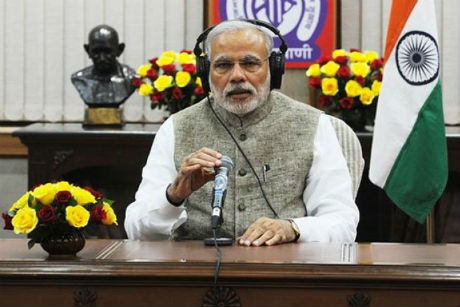 US President Donald Trump held talks with Indian Prime Minister Narendra Modi. In this half-hour telephonic conversation, the two leaders discussed bilateral and regional issues. Recently, Pakistani PM Imran Khan spoke to Donald Trump. In it, he spoke to Trump to mediate on the Kashmir issue. However, Trump had then referred to Kashmir as a bilateral matter. Now the conversation with PM Narendra Modi has raised this topic once again. The Afghanistan issue was also discussed during the talks. After the removal of Article 370, India has already made its stand clear on the situation in Jammu and Kashmir. It has been described as an internal matter by India.

Information about the conversation between PM Narendra Modi and Donald Trump has been shared by the Prime Minister's Office. The talks of the two leaders were held in a warm and cordial atmosphere. This is also the speciality of both the leaders, whenever the two meet or talks, it is full of warmth. During the conversation, PM Narendra Modi also recalled the meeting and meeting with Trump at the G20 summit held in June this year. Referring to his bilateral discussion in Osaka, Prime Minister Modi hoped that India's Commerce Minister and US Trade Representative would meet on a scheduled date to discuss bilateral trade prospects for mutual benefit.

In the context of the regional situation, PM Narendra Modi made it clear that the policy of rhetoric and incitement by some leaders of the region about the anti-India violence is not conducive to peace. PM Modi said that India is trying its best to create an atmosphere of terror and violence without exception and to avoid cross-border terrorism. PM Modi reiterated India's commitment to cooperate with anyone who follows this path in fighting poverty, illiteracy and disease. India has supported a safe, democratic and truly independent Afghanistan. Prime Minister Modi said that he appreciated the policy of keeping in regular contact with President Donald Trump.