Story: This story is from Kanpur. In this story, Chintu Tyagi (Karthik) is a government servant who gets married to a girl named Vedika (Bhoomi). Chintu remains happy in his life for some time after the marriage, but after a few years he gets upset with his everyday life, only then does Tapasya Singh (Ananya) enter his life. Chintu leaves his wife and gets attracted to Ananya, which is why a lot of drama and confusion arise in the story. 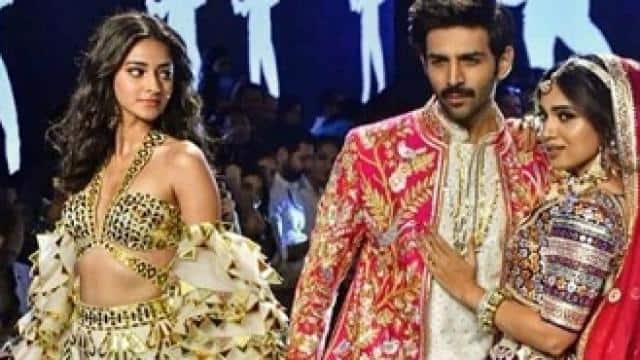 Famous Critics Taran Adarsh ​​has given a 3.5 rating for the film and has given it a winner, giving a one-word review to the film. According to Taran, the film is a very entertaining and honest adaptation of the original film.

These 3 famous actresses had become mothers even before attaining majority!

PHOTOS: Akshay Kumar's look in Bell Bottom Something like this, pictures from the set of the film surfaced

Astrology Tips: Do these tricks on Monday, all problems in life will be removed

One has to take 3 exams to get admitted to the army! Click here to know the process

Throwback: Salman Khan did this work when he saw blood coming out of the finger of PM Modi!

Which animal has three eyes? Click here to know

Gold Price Today: The gold price is this much today!

Realme Narzo 20 will be available for purchase from today!

UPSC Recruitment 2020: Recruitment has been released on these posts! Click here to know more

Recipe: Start the day with semolina cutlet, The recipe is very easy!