Deepika Padukone and Ranveer Singh married Konkani and Sindhi customs in Italy on this day. On completion of one year of their marriage, Deepika and Ranveer visited Tirupati's Venkateswara Temple to seek blessings. Pictures of this couple have come out from the temple. Deepika wore a red colour saree on the occasion. In a heavy sari and jewellery, Deepika is looking very beautiful. 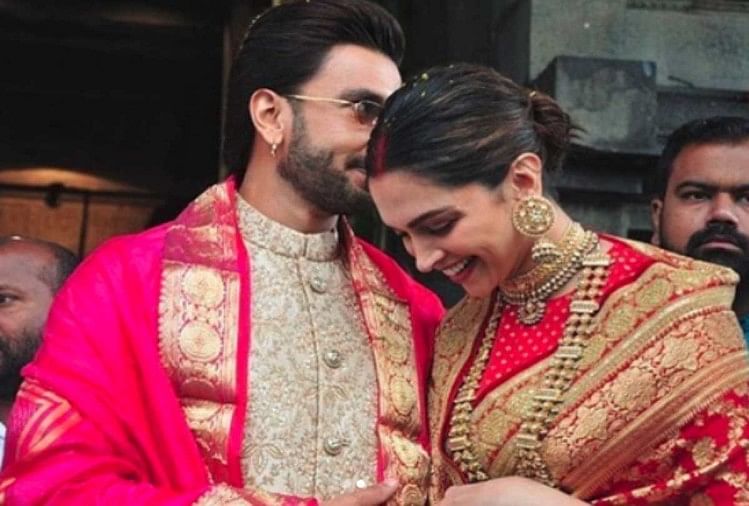 Ranveer Singh was seen wearing a white sherwani. He has also draped a pink scarf. After visiting the temple, Deep-Veer posed to the media. Also met their fans. Deepika and Ranveer had already made plans to go to Tirupati. 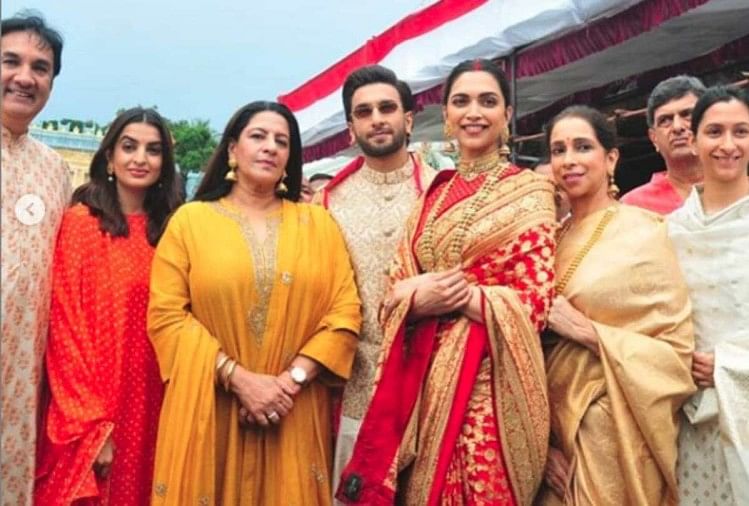 According to reports, Deepika-Ranveer will leave for Amritsar on November 15 to visit the family as well as the Golden Temple after visiting Tirupati and Padmavati on November 14. At the same time, they will return to Mumbai on the 15th. Let us tell you that Deepika-Ranveer dated each other for a long time before marriage. 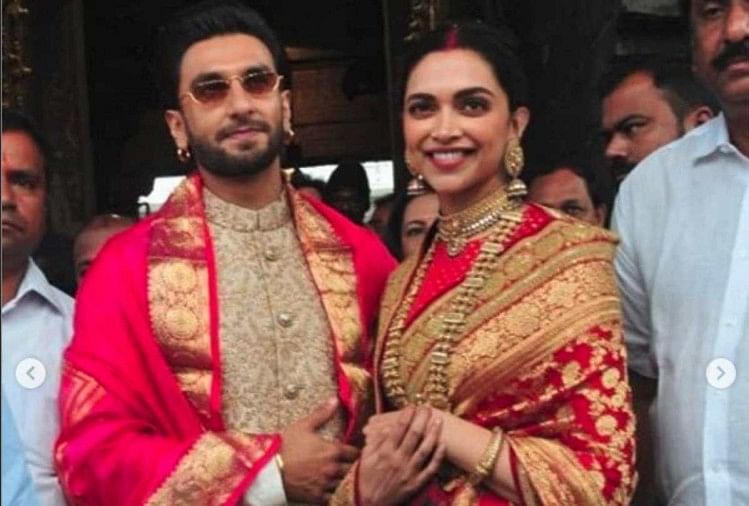 After getting married in Italy, both of them came to India and gave a reception at different places. Significantly, Ranveer and Deepika are counted as one of the Charming Couples of Bollywood. The two often show love for each other on social media. At the same time, both of them are also seen pulling each other's legs. 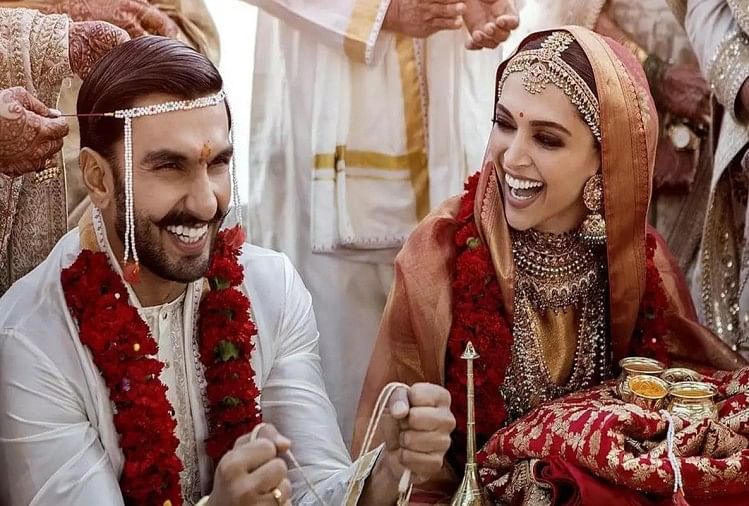 In 2013, Bhansali took both of them as lead actors in the film 'Goliyon Ki Rasleela Ram-Leela'. This was the film where both of them started their love. The crew member of this film had told- 'It seemed to us that there was something between the two. This was confirmed during the shooting of the film's song Ang Lag Le Re.

This tattoo was very special on the back of Sushant Singh Rajput! Click here to know the secret behind it