Today let's take you on a funky jazzy walk. This ghost island is part of the Andaman and Nicobar Islands. There are a total of 572 islands in the Andaman and Nicobar Islands in the Indian Ocean. Only 38 of these people live. Talking about the sea, the islands of Andaman and Nicobar are closer to South East Asia than India. The islands of Andaman are famous for their beautiful beaches, natural fetishes, untouched forests, rare sea creatures and coral reefs. The dark history of Andaman is hidden behind the curtain of this beauty. Ross Island, an island in the Andaman, now known as Netaji Subhash Chandra Bose Island, is hidden within it by the dark secrets of imperialist history. Here the ruins of the nineteenth century British Raj exist as a witness to the island and a black chapter of Hindustan. Ross Island has ruins of magnificent bungalows, a huge church, ballroom and a cemetery, whose condition is deteriorating day by day. The fast-growing forests are taking these ruins in their arms. 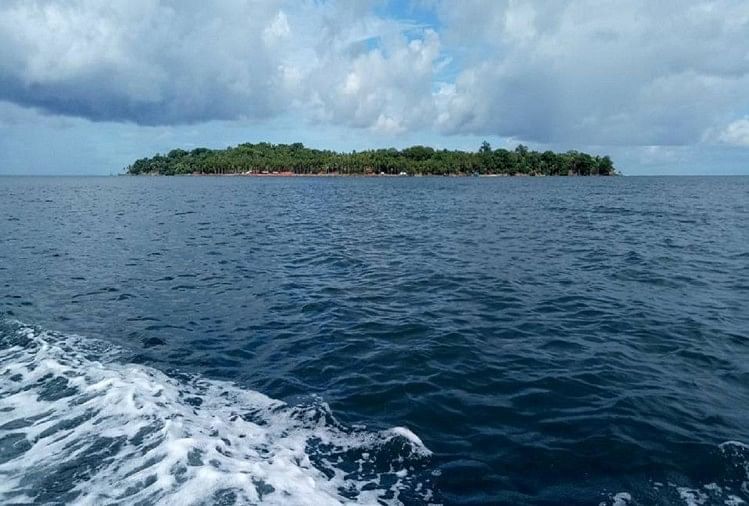 After the first war of independence of India in 1857, the British Empire planned to imprison the rebels by bringing them to the remote islands of Andaman. In 1858 a ship carrying 200 rebels reached Andaman. At that time all the islands were inhabited by dense forests. It was difficult for a human being to live there. Ross Island, with an area of ​​just 0.3 square kilometres, was the first Jazeera selected to hold these prisoners. The reason for this was that drinking water was present here. But the responsibility of cleaning the forests of the island and making it habitable for humans came on the shoulders of those prisoners. During this time the British officers were staying on the ship. 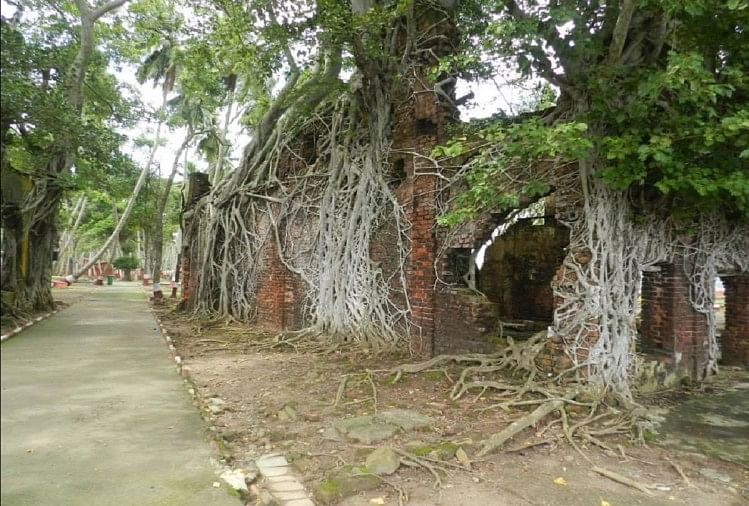 Gradually, the British started bringing more political prisoners to Andaman. And there was a need to build jails and barracks. After this, British authorities decided to make Ross Island the administrative headquarters of Andaman. Ross Island was developed enough to house elder officers and their families. 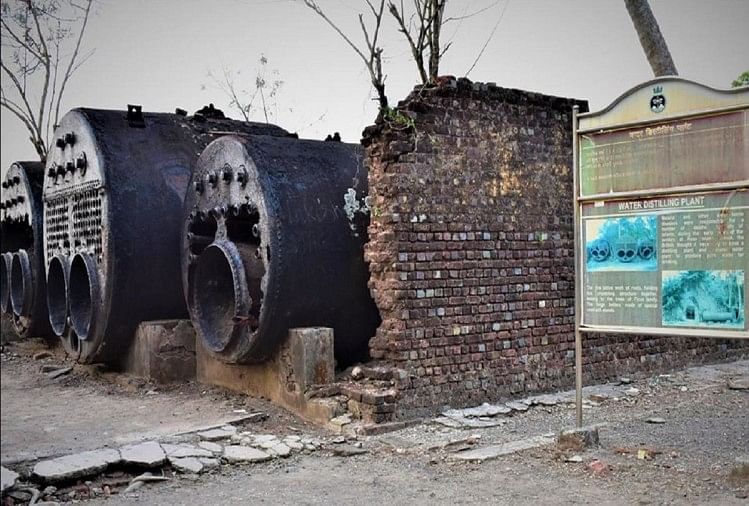 Some diseases continued to spread on the islands of Andaman. Due to this, very beautiful buildings were built on Ross Island to save the British officers and their families. Luxurious lawns were developed. Bungalows populated with fine furniture. Tennis courts were also built. Later a church and water purification plant were also built here. Besides, an army barrack and a hospital were also built on Ross Island. Later, a powerhouse with a diesel generator was also built here to provide light for the people living here. These features made Ross Island a shining star amidst the devastation scattered all around. 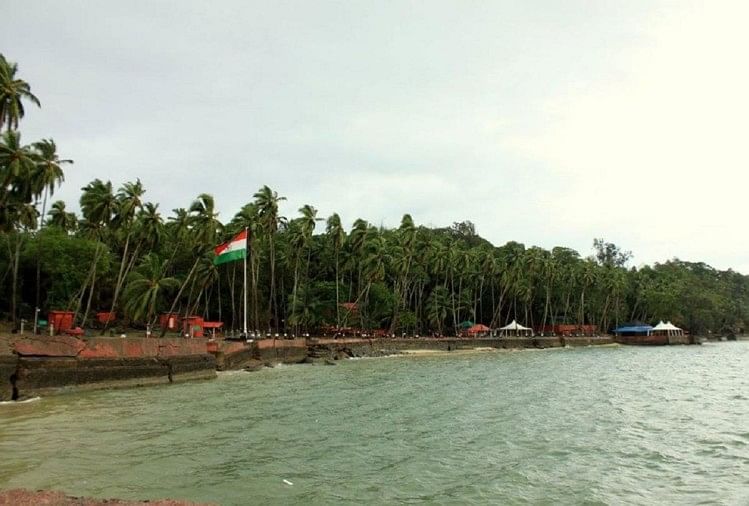 Ross Island was deserted by 1942, as the British had to release all political prisoners from Andaman in 1938 for political reasons. Then during the second world war, the British fled from here due to fear of attack from Japan. However, by the end of the war, the Allied forces had re-occupied Andaman and Nicobar. When India became independent in 1947, Andaman and Nicobar also became part of it. After this Ross Island was left on its own for a long time. The island was again captured by the Indian Navy in 1979.

The untouched ruins of Ross Island bear witness to its dark and hideous history. Show him a glimpse. The markets here are deserted. The pointed roofs of many buildings have collapsed. The glass windows are broken. The skeletons of the ruins of bungalows with no roofs look like elders who are desperate to tell the story of their past, but no one listens. Today, the walls of the church or the boundary wall of the cemetery, the ruins of the club or the windows of the administrative building, all have been occupied by the growing pillars of sycamore. 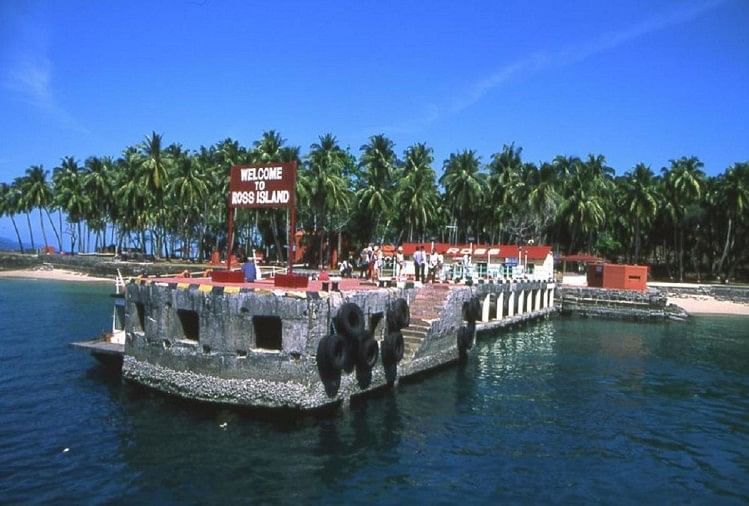 In the early twentieth century, the British authorities brought some species of reindeer to the Andaman islands. The purpose of bringing them to the island was to provide animals for hunting game. However, due to not having animals to eat deer, their population grew wildly. This caused a lot of damage to the plants in the Andaman islands because deer ate new, smaller plants. Today these reindeer, rabbits and peacocks are the inhabitants of Ross Island. These animals offer beautiful views to the tourists visiting here. 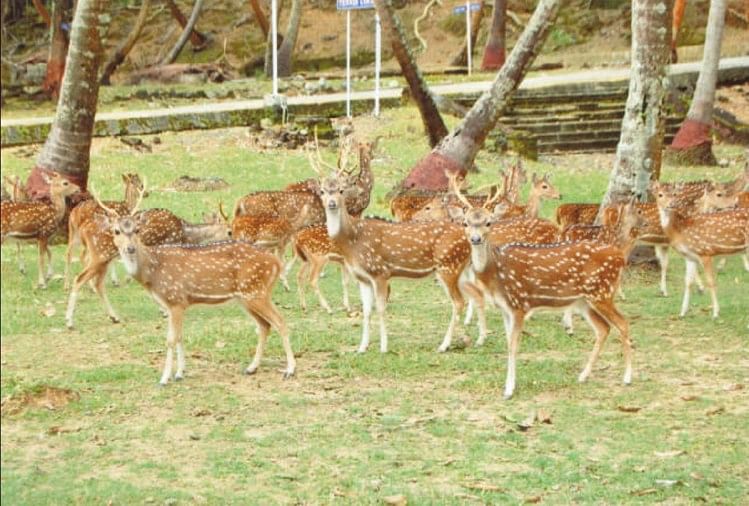 The wooden floor of the sub-ordinate club, designed to entertain junior officers, is still largely left. There must have been a time when people would have been trembling to the tunes of song and music. But today, the chirping of birds is the only voice echoing among the ruins here. 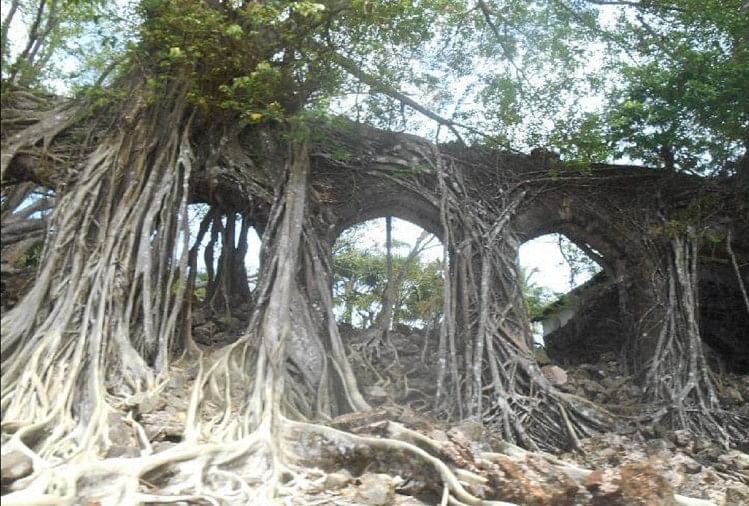 More than eight decades have passed since the prison that was held in the Andaman prison for black water. With this, a black chapter in the history of India was also exposed. Today, the ruins of Ross Island exist in the Indian Ocean as a stain of the black history that passed. They show us the future when the human civilization will be destroyed and nature will regain its authority on the areas which were once important places for humanity.

Is female donkey milk being sold in India for Rs 7,000 per liter? Know the reality

Odd way to get rid of the fear of Corona, frightened zombies will tell ghostly stories

Bizarre News: World's most cruel ruler Timur lang who made a tower of two thousand of alive people

Astrology Tips: Do these tricks on Monday, all problems in life will be removed

One has to take 3 exams to get admitted to the army! Click here to know the process

Throwback: Salman Khan did this work when he saw blood coming out of the finger of PM Modi!

Which animal has three eyes? Click here to know

Gold Price Today: The gold price is this much today!

Realme Narzo 20 will be available for purchase from today!

UPSC Recruitment 2020: Recruitment has been released on these posts! Click here to know more

Recipe: Start the day with semolina cutlet, The recipe is very easy!