A ghost fair starts every year on the first full moon of Makar Sankranti in Malajpur village of Chichuli tehsil, about 42 km from Betul district. This fair runs till Basant Panchami and a large number of people reach here from Jabalpur and surrounding districts. The ghosts on the trees present here are inhabited. People who come to see this strange fair get blown away. A few months after the Bhoot Mela ends, the wait for its re-launch begins. 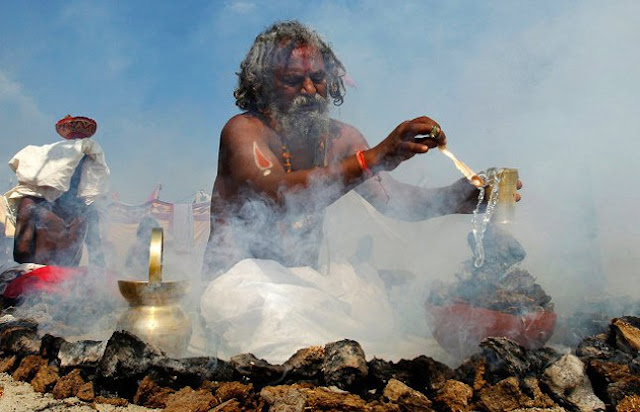 In fact, there is Baba's mausoleum site in Malajpur on the banks of the Bandhara river in Betul, around which the tilted branches of the trees give a reminiscent of the ghosts hanging in reverse. It is believed that a person who has a phantom-barrier in his body after a couple of rounds of the Samadhi of Baba, automatically goes out of his body and hangs upside down on any nearby tree. The temple of Guru Sahib Baba is particularly famous all over India for the prevention of ghosts. Even before the entire cycle of Baba's tomb, Baba's hands and feet folded on the head of the person asking for forgiveness and rolling on his stomach to apologize until the so-called ghost from his body That is, the invisible soul does not leave. 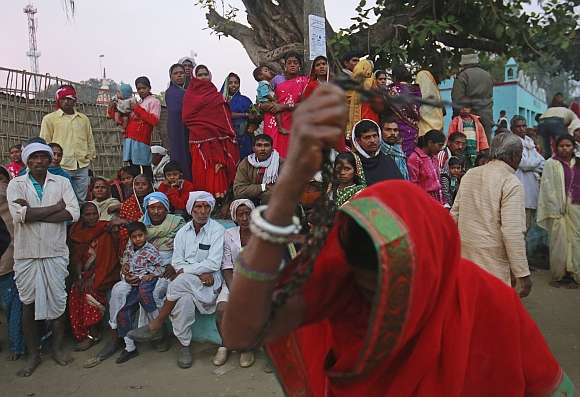 Any person who is haunted by ghosts is first bathed in the Bandhara river. The victim is then brought to the tomb of Guru Sahib. Whereas Guru Sahib starts bowing down at Baba's feet, the victim starts to move and a different power starts coming in his body, which makes his breath sharp and the eyes become red in a place. After this, as soon as the process of worship of Baba starts, the ghost inside the body of the human introduces itself through the victim's mouth, vows to release the victim. In this state, the afflicted soul becomes decorated and offers obeisance at the feet of Baba. One thing can be said here with the claim that, if a person suffering from phantom barrier comes here, then he goes from here only after getting rid of the phantom barrier. According to beliefs, the aarti is performed here every evening. The speciality of Aarti here is that at the time of Aarti in the court, the dogs here also join Aarti and mix their sound in Shank, Kartal sound. Mahanta says that this is Baba's blessing. 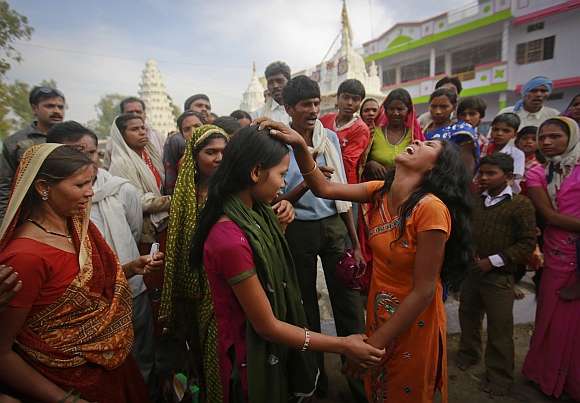 Every year there is a large number of people from India and abroad who come to this ghost fair held on the full moon after Makar Sankranti. This fair lasts for a month. Gram Panchayat Malajpur organizes it. Many Britishers have mentioned this fair in books and novels and remembrances. Due to the stories of these foreign writers, every year some foreigner comes to Guru Saheb's fair in Malajpur located in Betul district.

Towers swing in this temple! Scientists are also surprised

Here diseases are treated by setting fire on the human body! Click here to know more