The picture that is formed in the minds of all of us as soon as we hear of eating soil, in it a picture of childhood, in which little children who talk laughed, play with clay and are eating it, even though the children on their eldest get it, such a picture is made. But have you ever heard that a person is alive only by eating mud and not for one or two days, but the whole 28 years, a person eats mud every day and apart from that he does not eat anything else? Of course, you will not say no to this answer, but we are going to tell you about a man who has been alive for the last 28 years only by eating mud.

The name of the man we are talking about is Hansraj. Hansraj claims that he has been eating mud for the past 28 years. Hansraj says that soil is his food. Not only this, he had claimed that they have been eating mud since childhood and he has not had any problem till date. Due to Hansraj eating soil in this way, people have started calling him Sand Man too. 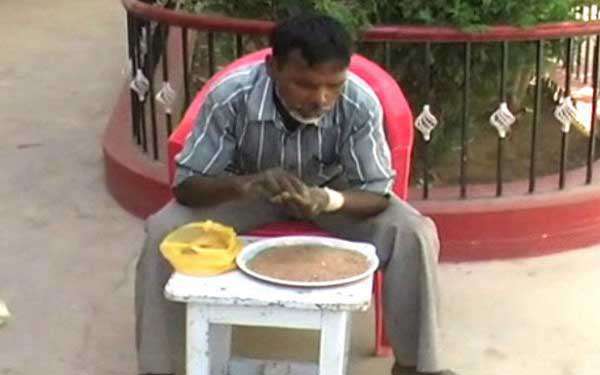 On how a human being can live by eating soil, doctors say that Hansraj is suffering from a disease named Pika, and this is the demand of his body to eat sand and soil. Doctors say that Hansraj's body is now used to it. However, doctors have also warned Hansraj that if they do not stop eating it, they may have to face serious health consequences. But Hansraj says that he is fully fit and eating sand gives his body minerals, which keeps him completely healthy.

Some mysterious things of the world, whose truth is still not known by the people?

You will be shocked on hearing about this tradition of this village of India?

Here the birds do such work after the sun sets; you will be surprised to know it