Do you know what kind of cars are used by the world's powerful personalities, US President Donald Trump, India's PM Narendra Modi, President of India Ramnath Kovind, President of China Jinping and Russia's President Vladimir-Putin? Let us tell you in this report ... 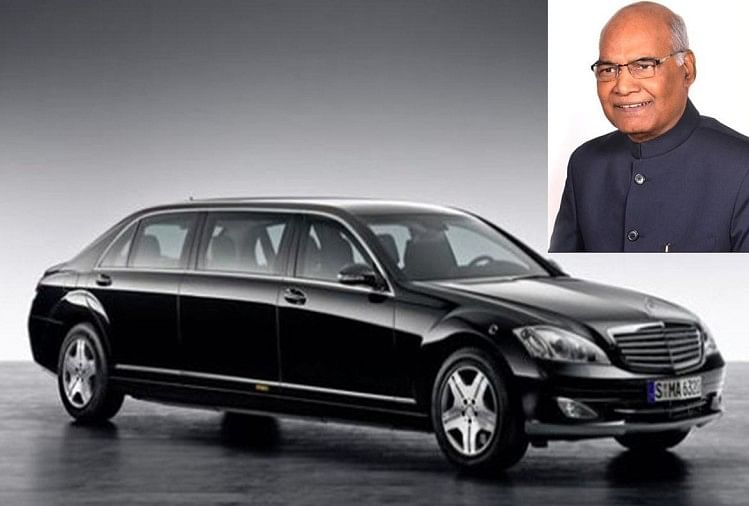 The President's car is not just a car but an impregnable fort. President Kovind owns a Mercedes Benz S-600. The normal price of this car is currently around Rs 2.5 crore. This car is not normal. It has many safety features that make it quite different from ordinary cars.

This car has been made in such a way that it will not be harmed in case of attack, even with a hand grenade. Not only this, but the attack of a small missile will also not affect this car. The special thing is that there is no registration number in this car if the President wants to talk to any officer, then he can do so even in an emergency. This car is connected to the satellite. The President's Mercedes Benz S-600 car is equipped with BR7 level of security. Trying to stop the car by aiming at the tires of this car would be useless. This is because the rim of this car is also customized and can withstand any attack. Despite the tire burst, this car can run for many kilometres. The cabin inside the car is also extremely safe. In this car, only the mirror on the side of the driver's seat opens. The President also has a system like Automated Lock Controls. The special car that Prime Minister of India Narendra Modi rides is the BMW 7 Series 760Li, which is considered the safest car in India. This car has included many features that make it arguably the safest car.

BMW 7 Series 760Li which is specially made for Prime Minister Narendra Modi. This is a security edition car. This car protects against attacks from multiple weapons such as handguns and AK-47s. It has a self-sealing fuel tank which will not break under any circumstances. The car is made entirely of VR7 grade blast protection and parts. There is no effect on the car of the land mines and bombs. Its tires last for several kilometres even after bursting. Can run on flat tires for many kilometres and has advanced heat sensors that protect against bombs and missiles. Its cabin automatically transforms into a gas-safe chamber during a gas attack. This fully armed proof vehicle comes with one wheel drive. This vehicle has a 5-litre engine which generates power of 375 bhp. The front windscreen is five inches thick and its body is made up of military-grade. 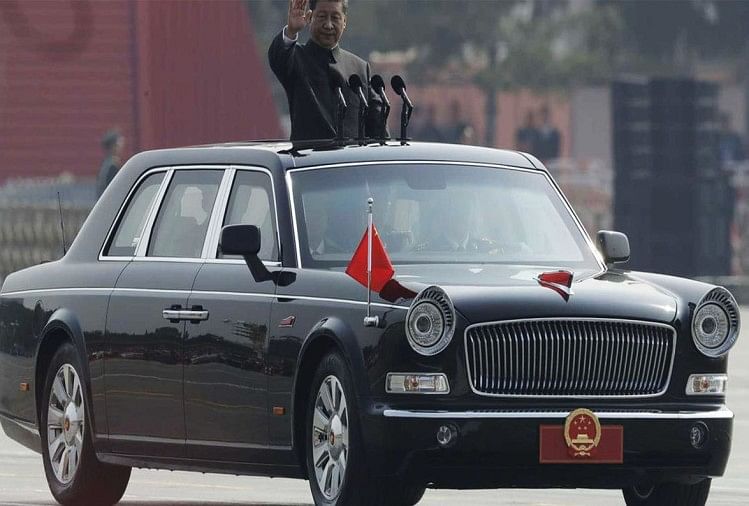 Whenever Chinese President Xi Chinping goes abroad, he takes his safest car limousine Hongqi N501 with him. The Hongqi N501 is a long, wide, and dark-coloured limousine. Its windows and doors are armed. There are good safety arrangements in the car, it is said that many more special safety features have also been included in it. Let's know the features A new version of the limo 'The Beast' has arrived. But this car is only made for US President Donald Trump. The car has reached the intelligence agency and it is expected that Trump will get it this summer season. 'The Beast' is capable of defending against all kinds of attacks. From the bullet, the bomb to the chemical attack. The colour of the car has been kept in white and black so that its feature can't be seen by the enemies. Trump still used to travel in a limo made during the Obama tenure.

The tires of this car are never punctured, and even if the tires are destroyed, the car will run on the rim. The body of the car is made of five-inch thick steel, aluminium and titanium, with the weapon neutralized. Its fuel tank has a special foam that does not fire even after the direct attack. The chassis of the car is such that it does not affect the bomb. Its five-level vials also do not have the effect of the bullet. Its eight-inch doors are as heavy as Boeing aircraft doors. Are also able to defend against chemical weapons. It has a satellite phone on the rear seat, allowing Trump to speak directly to the Vice President and the Pentagon. Russian President Vladimir-Putin is quite popular in the world due to his unique style. Also popular are his armoured car named Cortege Aurus. This car has been built in Russia in about 6 years. Russia's Central Institute of Scientific Research in Automobiles and Automotive Engine has designed the car in collaboration with the Solars JSC company. The price of this car of Vladimir-Putin is about 2048 crores.

Hitech features in the Car

This armoured car has a 6.6-litre V-12 engine. In terms of security, a night vision camera, thick protection layer has been given to fight tear gas cannons. The weight of this car is 6.5 tons due to armour. The car has no impact on the chemical attack. This car outperforms modern assassins such as shelling, grenade explosions and machine guns. An oxygen supply tank and blood have also been provided in the car. The most important aspect of this car is that this car does not even submerge in water. Instead, it floats like a submarine.

From Scorpio to Bolero, the company is offering a discount of up to 3.5 lakh rupees!

7-seater WagonR to come! Maruti Suzuki is preparing for the launch

Bumper discount on Honda City's fourth-generation model, save up to Rs. 1.60 lakh